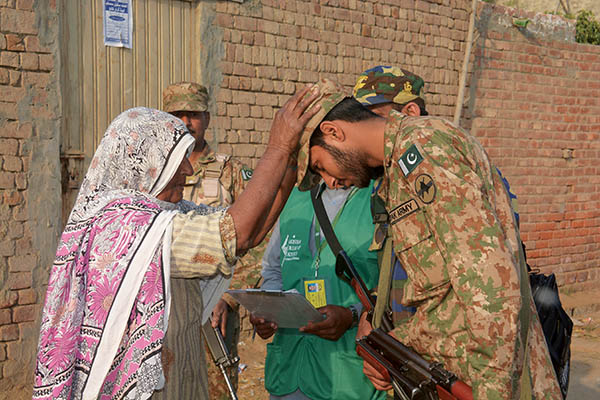 There’s a reason that the latest national census, Pakistan’s sixth, is being conducted after 19 years—and only after the Supreme Court ordered it because of the Constitutional requirement to hold one every 10 years. It’s the same reason the last census took place 17 years after the high-quality 1981 one: the results will shake up existing political and social power hierarchies.

The door-to-door exercise started March 15 and will conclude May 24. The results, which will be contested, will be out end-July. Census takers will collect basic data: for the first time, people can identify themselves as transsexuals; they can choose from 9 of the almost 70 languages of Pakistan; they can describe themselves as Muslim, Christian, Hindu, Ahmadi or “other”; Pakistanis living abroad (some 6-8 million) for over six months will not be counted; and there will likely be some creative counting of the nearly 2 million Afghan refugees, who can skew demographics at the expense of others. (Pakistan just cancelled some 350,000 identity cards issued to them.)

Higher birth rates and resettlement of the Pakhtun, and Afghan, populations across Pakistan threaten several parties. Nationalists in Balochistan are wary the census will prove their fears right by establishing the province as Pakhtun-dominated. Karachi, where the MQM, PPP and ANP have competed—often through gang wars—are all concerned about the census-based delimitation of constituencies ahead of the 2018 elections. And many are not pleased with the Army’s role in the exercise.

The Army is providing nearly 200,000 troops, will serve as an “observer,” says the Pakistan Bureau of Statistics, and will carry out a parallel survey. This is in addition to the 118,918 PBS enumerators. The Army also provided troops for the 1998 census. This time, in the age of terror and bitter political bickering, its role matters even more.