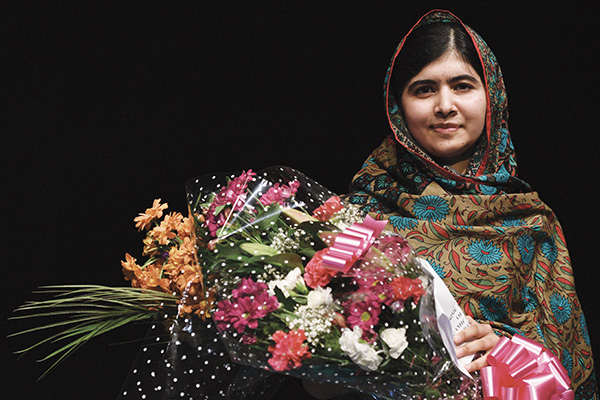 Teen activist gained six A* and four As in her GCSEs.

Malala Yousafzai, the teenage education rights campaigner who came to Britain after the Pakistani Taliban tried to kill her, has scored high marks in national school exams, her father said Friday.

Malala, shot in the head three years ago for championing girls’ rights to education, gained six A* grades, the highest possible, and four As, the second highest, in her GCSEs.

“My wife Toor Pekai and I are proud of Malala,” her father Ziauddin wrote on Twitter. “Education for every child.”

The 18-year-old was flown to Britain in 2012 for hospital treatment after being shot on a school bus in Swat. She now lives permanently in Birmingham, central England, with her family and attends an all-girls school.

Malala, who hopes one day to be prime minister of Pakistan, was awarded the Nobel Peace Prize in 2014 jointly with India’s Kailash Satyarthi for promoting education rights for children.