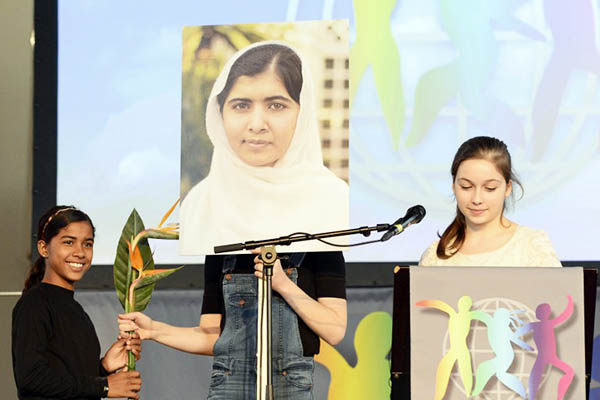 Nobel laureate is first person to win the Nobel and the Children’s Prize in same year.

The Taliban shot Yousafzai, 17, in the head in 2012 for her advocacy of girls’ right to go to school in Swat. “Millions of children have voted to award Malala this year’s World’s Children’s Prize for the rights of the child,” the organization said in a statement.

“Nobody has ever received the Nobel Peace Prize and the World’s Children’s Prize—often dubbed the ‘Children’s Nobel Prize’ by the media—in the same year,” it added.

The award was created in 2000 and is part a worldwide educational program in which children learn about global issues, democracy and their own rights. The program finishes with a global vote on who to give the prize to.

This year’s honorary awards went to former Microsoft executive John Wood, founder of the Room to Read literacy group, and Indira Ranamagar from Nepal, for her work for the children of prisoners.

Nelson Mandela, Graca Machel, Anne Frank and Kofi Annan have previously been honored in the awards.

Yousafzai will receive the prize at a ceremony in Mariestad near Stockholm on Wednesday. This year’s laureates will share $100,000 to be used in their work for children’s rights.