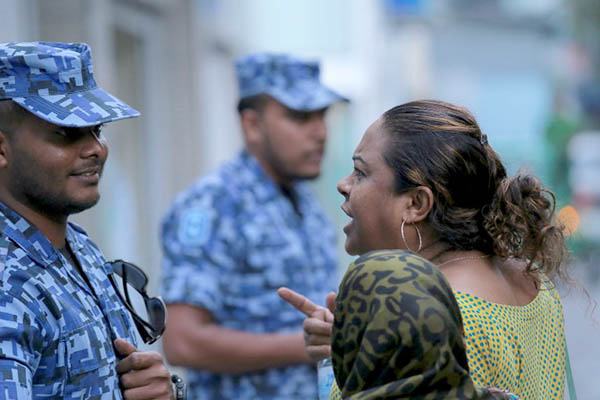 The Maldives parliament was shut on Monday after President Abdulla Yameen ordered troops to evict legislators and prevent an impeachment of his speaker, the opposition said, in the latest turmoil in the honeymoon islands.

Parliament had been expected to hear a no-confidence motion against the speaker, Abdulla Masheeh, but M.P.s found their way blocked, the Maldivian Democratic Party (MDP) said.

MDP spokesman Hamid Abdul Ghafoor added several opposition M.P.s broke through the military cordon only to be pepper sprayed and evicted. The country’s exiled main opposition leader Mohamed Nasheed said the eviction was illegal and expressed his concern, his office said in a statement.

Earlier in the day, parliament’s gates were padlocked by members of the armed forces and M.P.s were forcibly prevented from entering the parliamentary compound. There was no immediate comment from the government.

The opposition this month secured enough support from government defectors to begin impeachment proceedings against the speaker, in a bid to wrest control of parliament from Yameen before presidential elections next year.

The government has repeatedly tried to frustrate these efforts. It arrested several opposition M.P.s last week ahead of the vote, and scuttled a past no-confidence bid by raising the number of signatures required for a successful motion.

The first attempt to impeach the speaker in March sparked chaos when Yameen ordered troops to enter parliament and remove dissenting opponents by force.

The political turbulence has seen the international community, including the United States, urging the Maldives to safeguard democracy. The opposition coalition, led by Nasheed, wants to defeat Yameen at elections next year but faces an uphill battle. All their key leaders are imprisoned or have fled to avoid a lengthy crackdown on dissent under Yameen’s leadership.

The instability has threatened to dent the Maldives’ image as a tourist paradise.

Nasheed became the Maldives first democratically elected president in 2008, but was narrowly defeated by Yameen in a controversial 2013 election run-off. In 2015, he was sentenced to 13 years in prison on terrorism charges that were widely seen as politically motivated. He now lives in exile in Britain.