Malory Towers is Coming to TV 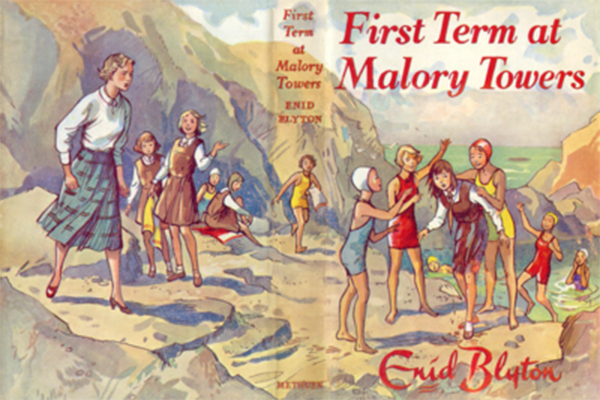 Pack your jam sandwiches and your boaters. Malory Towers, Enid Blyton’s girls’ boarding school adventure books, are about to get the Hollywood treatment.

With Harry Potter’s Hogwarts credited with making British boarding school stories cool again with children, Canadian studio Wildbrain are shooting a “high-end cinematic” television version of the tales of high-jinx in the dorms.

The 13-part live action series is set on the Cornish coast in the 1940s and features midnight feasts, pranks and lots of lacrosse.

Britain’s BBC, who commissioned the series, said far from being a nostalgic throwback, Blyton’s heroine, brave but impetuous Darrell Rivers, stands up still as a role model for girls. “She shone a bright light on the potential of all girls at a time when expectations were very limited,” said Cheryl Taylor, head of content for BBC Children’s. “The books have inspired generations of young readers and we can’t wait for our audience to meet Darrell and her friends.”

Blyton, who has sold more than half a billion books around the world, remains a favorite with children. Many of her books including The Famous Five, The Secret Seven and Noddy series have been updated to remove snobbish, xenophobic and Little Englander references, and a new wave of books chronicling today’s boarding school japes, New Class at Malory Towers, has also been a hit.

Promotional shots for the new TV series show it to be a lot more racially diverse than the original.

The BBC promised that the new Darrell would remain true to the “sparky and independent” original, “a fierce warrior against injustice.”

Josh Scherba of makers Wildbrain told the MIPJunior segment of MIPCOM, the world’s biggest TV market in Cannes, France, that the show was a real “rarity” as a “high-end period children’s drama” with no mobile phones or laptops in sight.

However, he was confident it would be a hit with six to 12-year-olds when it is broadcast next year.

A rollicking stage musical version of the books was a big critical hit in Britain earlier this year, with director Emma Rice claiming that despite Blyton’s reputation for having a sometimes hectoring moralizing tone, Malory Towers was “radical to its bones.”