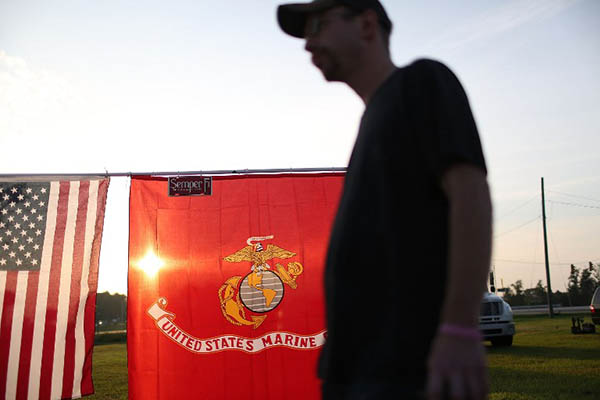 The U.S. Marine Corps is weighing criminal or administrative charges against as many as 20 personnel at a recruit training depot following the death of a Muslim trainee, officials said on Thursday.

Investigators opened a probe into the March death of Raheel Siddiqui, 20, who reportedly fell three stories to his death at the recruitment depot in Parris Island, California.

The Marines have classed the death as a suicide but, according to the Wall Street Journal, investigations suggest Siddiqui leaped from a third-story balcony after a drill instructor slapped him in the face. Citing anonymous Marine officials, the Journal said the drill instructor had referred to the Pakistani-American as a ‘terrorist.’

According to a Marine Corps statement, investigations revealed ‘departures’ from the policies and procedures established for Marine Corps recruit training. “Commanders and senior enlisted advisers at the series, company, battalion and regimental level were relieved in the wake of Recruit Siddiqui’s death, and a number of drill instructors have been suspended,” the statement reads. “Currently, 20 Recruit Training Regiment personnel have been identified for possible military justice or administrative action.”

Investigators uncovered a slew of allegations of physical and verbal abuse of recruits by drill instructors. Commanders have implemented changes including the mandatory suspension of personnel who are being investigated for recruit abuse.

“I fully support and endorse these initial actions,” Marine Corps Commandant General Robert Neller said in a statement. “When America’s men and women commit to becoming Marines, we make a promise to them. We pledge to train them with firmness, fairness, dignity and compassion.”