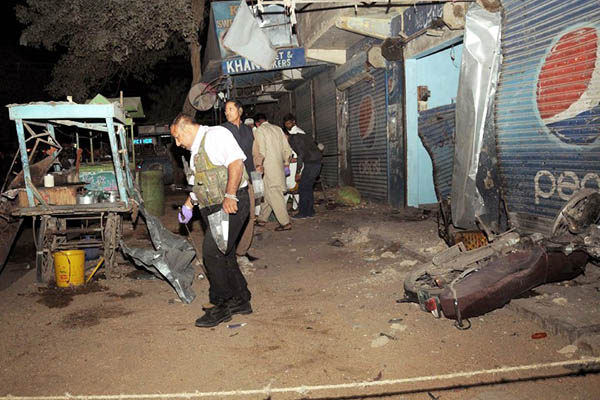 Another 12 injured, including children, after remote-controlled detonation in Orangi town.

At least two people were killed and 12 others wounded when a bomb went off in a crowded marketplace in Karachi, police said on Sunday.

The bomb was detonated remotely Saturday night in the Orangi town neighborhood of the city, said Ali Asif, a senior police official.

“The bomb was planted in a cement block. Those killed and wounded were civilians, the injured included two children,” he said, adding that the target was unclear and police did not yet have suspects.

Muhammad Abid, a bomb disposal expert confirmed the attack and said that more than a kilogram of explosives was used.

No militant group has yet claimed responsibility for the attack.