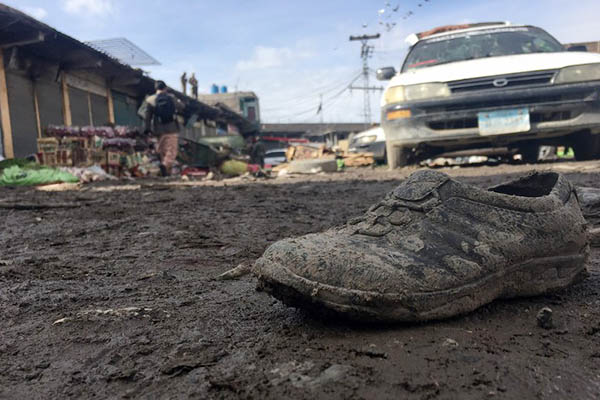 At least 22 dead, over 50 others wounded in strike near Shia mosque.

At least 22 people were killed and 57 wounded on Friday when a bomb tore through a market in a mainly Shia area of Pakistan’s tribal belt, officials said, in an attack claimed by the Taliban.

The military said it was sending a helicopter to evacuate the wounded from Parachinar, capital of Kurram tribal district, as television footage showed shocked bystanders and ambulances in the market. “We have 22 dead bodies here at the hospital and 57 injured, including women and children,” Moeen Begum, a surgeon at the hospital in Parachinar in Kurram tribal agency, said.

Local administration official Shahid Ali Khan confirmed the blast had taken place near the mosque. “Many people have been injured, I can’t tell the exact number,” he said.

Jamaat-ul-Ahrar, a faction of the umbrella Tehreek-e-Taliban Pakistan, swiftly claimed the attack in a message sent to AFP.

In February, a fresh wave of militant violence killed 130 people across Pakistan.

The attacks, most of which were claimed by the Islamic State group or the Pakistani Taliban, included a suicide bomb in Lahore which killed 14 people and was also claimed by Ahrar.

The wave of violence dented optimism after the country appeared to be making strong gains in its decade-and-a-half long war on militancy.

Pakistan’s Army launched a crackdown across the country and temporarily closed the border with Afghanistan, which it accused of harboring the militants who had carried out the attacks.

Politicians also voted to extend legislation creating secret military courts to try civilians on terror charges. The law had expired in January, with the controversial tribunals having hanged 12 people and ordered the executions of 149 more.

Rights activists have slammed the move, calling it part of a “seriously flawed counter terrorism strategy.”

Parachinar was the location of the first major militant attack in Pakistan in 2017, a bomb in a different market, which killed 24 people in January and was also claimed by the Pakistani Taliban.

Kurram is one of Pakistan’s seven semi-autonomous tribal districts, which are governed according to local laws and customs. The district is known for sectarian clashes between Sunnis and Shias, who make up roughly 20 percent of Pakistan’s population of 200 million.