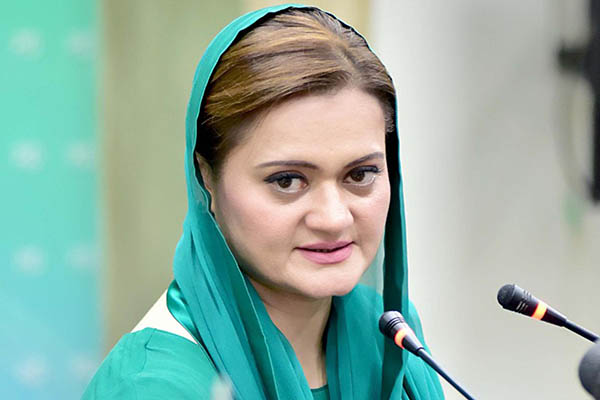 Information Minister Marriyum Aurangzeb on Thursday continued the new coalition government’s criticism of ousted prime minister Imran Khan’s sale of state gifts from the Toshakhana, stressing that these were the property of the government and not his personal property.

Referring to an informal interaction with journalists in which the Pakistan Tehreek-e-Insaf (PTI) chairman had said “my gift, my choice,” Aurangzeb said this was wrong, as these were gifts to Pakistan, not him personally. Alleging that Khan’s personal income had doubled after he sold items from the Toshakhana, she echoed the former government’s demands for a “money trail” from the former premier.

“The PTI-led government introduced a law to procure gifts from the Toshakhana at 50 percent of its original cost, but despite the law being introduced during their tenure, Imran Khan purchased the gifts at 20 percent of the cost,” she said.

According to the information minister, the former prime minister retained 58 gifts, including cufflinks, a ring and others, worth Rs. 142 million. Alleging that the assets raised through the gifts’ sale was much higher than his entire life’s income, she said this “proved” his hypocrisy. “His deceit, hypocrisy and lies are fully exposed in front of the public,” she said.

Last week, P.M. Sharif told journalists during an iftar dinner that Khan had taken gifts from the Toshakhana and sold them in Dubai. “Imran Khan sold these gifts for Rs. 140 million in Dubai,” he said, adding that these included diamond jewelry sets, bracelets and wristwatches. Khan, meanwhile, maintains that he did nothing wrong and has claimed to have used the proceeds of the sales to “build” a road outside his home in Bani Gala.

The minister also claimed that the federal government had spent Rs. 984.35 million to fund the helicopter rides of former prime minister Imran Khan, who often used the vehicle to travel between Prime Minister’s Office and Bani Gala while in power. According to the documents detailing helicopter expenses released by the Information Ministry, travel expenses equaled Rs. 472.36 million, while maintenance costs ran up to Rs. 511.995 million.

To a question, Aurangzeb said the Pakistan Telecommunication Authority (PTA) had been instructed to take action against “robotic tweets” that were running a social media campaign state institutions. “Immediate action will be taken against those who are behind these tweets and robotics machines will be identified soon,” she said.

On former adviser on accountability and interior Shahzad Akbar, she said he had “fled” the country, adding that the government would ensure his repatriation. Rubbishing the PTI’s claims of former first lady Bushra Bibi’s friend Farah Khan not having any authority to indulge in corruption, she said that if there were no evidence against Farah Khan, she wouldn’t have escaped to Dubai.

To a question on the foreign funding case, the minister said the Election Commission of Pakistan had formed a committee on the Pakistan Muslim League (Nawaz)’s funding, and the PTI had failed to raise a single objection during its proceedings. Similarly, she said, the ECP had not raised any objection over the PMLN’s sources of funding, nor had the State Bank of Pakistan issued a statement on the matter.