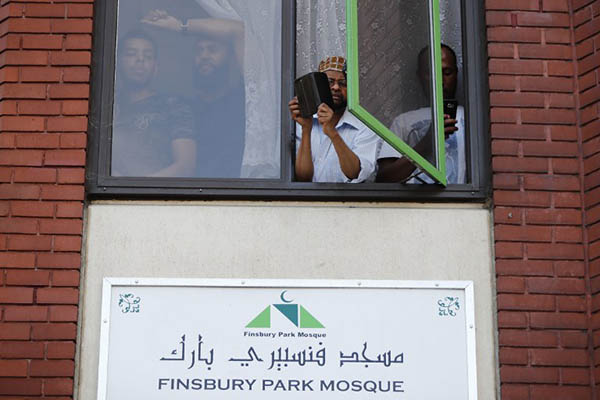 Darren Osborne, the 47-year-old man suspected of driving his van into a crowd of Muslims departing the Finsbury Park Mosque in London on June 19, was heard shouting “I want to kill all Muslims” before he was taken into police custody. The assault, which resulted in one dead and 11 others injured, came in the wake of two incidents of Islamist terrorism in Britain, perpetrated by Muslims inspired by the Islamic State militant group’s online indoctrination and a rising number of hate crimes against Muslims across London.

Why did Osborne target the north London mosque in particular? It’s too soon to say, but the historical reputation of the mosque—long since rehabilitated—as a place with ties to Al Qaeda might have had something to do with it.

The Finsbury Park Mosque was opened in 1994 with a ceremony attended by Prince Charles in the spirit of Britain’s multiculturalism. Three years later, firebrand Egyptian prayer leader Abu Hamza al-Masri became its head imam and, through his ties with Al Qaeda, sought to radicalize his congregants. Al-Masri was one-eyed and had lost both his hands, he said, while fighting for Al Qaeda against the Soviets in Afghanistan. His sermons were extremely provocative, urged his followers to take up arms in jihad against non-believers and inspired extremism in Muslims across Europe. In 2004, British police arrested him before extradited him to the U.S. eight years later where he is currently serving life in prison without the possibility of parole.

The mosque has come a long way since its oppression under al-Masri. After re-opening under new leadership in 2005, it has condemned its extremist past and has encouraged interfaith dialogue as the path to peace to great acclaim. Attacker Osborne’s life may have actually been saved by the mosque’s current imam, Mohammed Mahmoud, who prevented the men who captured the attacker from taking the law into their own hands after his brutal attack. Al-Masri’s memory may have led to the deaths of innocent Muslims outside the mosque he once controlled, but Mahmoud’s actions have ensured that the events of the past will remain there.