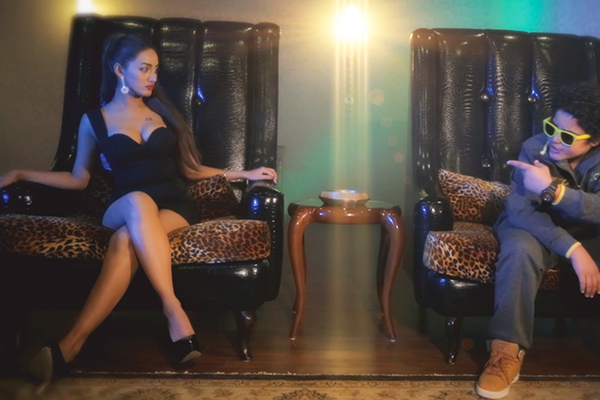 Pakistani entertainer Mathira offers up her usual lasciviousness in the music video for her song “Jhoota.” The saucy 21-year-old gyrates and grinds in various stages of undress to the evident approval of the track’s guest rapper, Arbaz Khan, who wants to make Mathira his “honey.” She sings back to him calling him a liar and denying him the prospect. This is par for the course as far as Mathira is concerned—except that Khan is 12. Amid accusations against Mathira of sexualizing an innocent and ravaging the moral fabric of Pakistani society, the video, directed by Khan’s older brother and released on Jan. 1, is a hit. It’s been viewed over 100,000 times across video-sharing websites, including Dailymotion and still-banned-in-Pakistan YouTube. Mathira is unfazed by the critics by now. Last year, she appeared in a controversial ad for condoms and performed “item” numbers for Main Hoon Shahid Afridi. What’s her take on the latest controversy? “It’s a nice, lovable, and cute video; there is nothing [distasteful] about it,” she said. “Media is flashy, glamorous, and fake, so let it be like that.”