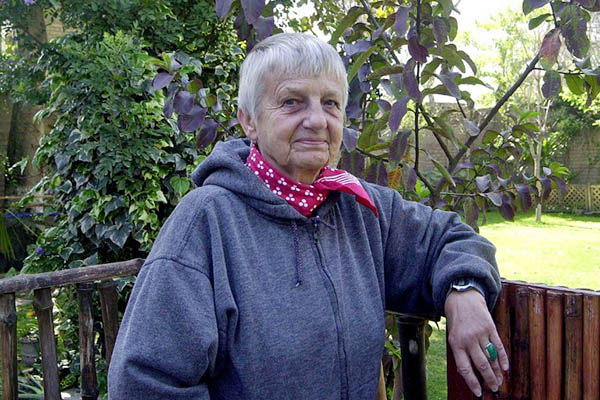 Kailash social worker and author was suffering from a prolonged illness and has been buried in Peshawar.

Acclaimed social worker and author Maureen Lines died in Peshawar on Saturday after several months of illness. The 79-year-old British woman, also known as Bibi Dow for her work with the Kailash people, had lived in Pakistan for 34 years at the time of her death.

Lines was born in North London in 1937 and traveled the world before settling down in Pakistan. At the age of 17, she traveled across Europe before living in Paris. In 1961, she moved to the U.S., where she worked as a journalist for around 10 years. Her travels over the years also took her to Turkey, Syria, North Africa, Greece, Beirut, Egypt, Jordan, the West Bank, India, and China.

She first visited Pakistan in 1980 but returned to the U.K. after a few weeks to be trained as an accredited nurse. After completing her education, she returned to Pakistan in 1982 and decided to establish a home in the Bhamboret area of Chitral. “We will never forget Madam Maureen’s dedication to the provision of better healthcare for the deprived Kailash community,” said Lines’s personal secretary Janas Khan. “Her mission was to provide basic healthcare to the Kailash and promote their culture across the world, he added.

“She once told me that she had realized during her first visit to Pakistan that the government was neglecting the Kailash. During my years with her, she spent all her time planning the betterment of the community. She was especially close to Kailashi girls and women,” said her secretary Khan. She recently adopted several orphans from Kailash and was planning on educating them in Peshawar. It is unclear how her pending projects will progress without her at the helm.

“Ms. Lines also ran a school in Bhamboret that still educates students from poor families. Many of the graduates now enjoy an improved standard of living and have jobs with the government or private industry across Pakistan,” said Khan.

In addition to her social work, Lines was renowned for her writing. Over the course of her life, she penned articles for various leading English-language dailies to educate the world about the region of Chitral and the Kailash people. Her books include, but are not limited to Beyond the North-West Frontier: Travels in the Hindu Kush and Karakorams, Journey through Jalalabad, The Kalasha people of North-Western Pakistan and The Last Eden.

“She was a saint,” says Khan. “If someone became seriously ill in Chitral and proper treatment wasn’t available, she would shift them to Peshawar with her own money.” Luk Rehmat, a Kailash social activist, said losing Lines was like losing a mother. “The Kailash will never forget her services and there’s no doubt that now there’s no one like her to take care of the Kailash,” he added.

“Ms. Lines was like a shelter for the Kailash, who enjoyed the cool shadow of her love and care. For some Kailash, perhaps, she was the only form of government they knew,” he added. “She will always remain alive in their prayers and dreams.”

Lines was granted a Pakistani citizenship in 2004 for her work in administering healthcare to the Kailash. In 2008, she was awarded Pakistan’s highest civil honor, the Tamgha-e-Imtiaz. Her funeral was held on Saturday and she was buried at the Gora Qabristan for the Christian community in Peshawar.