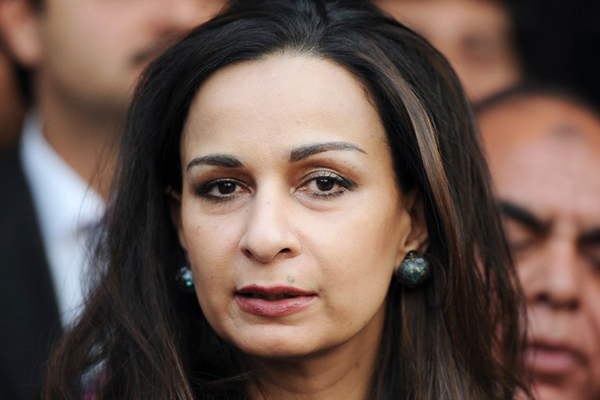 Senator Sherry Rehman of the opposition Pakistan Peoples Party (PPP) on Sunday questioned the effectiveness of the incumbent government’s Kashmir policy if its own lawmakers were divided over its future steps.

“How can a government with no cohesion inside own cabinet instill confidence in Pakistan’s policies abroad?” she questioned in a posting on Twitter. “[Human Rights minister] Shireen Mazari’s questioning of foreign policy points to an unfortunate rift now becoming a dangerous fault-line in the PTI cabinet,” she said, citing a quote by Irish poet that when “things fall apart, the center cannot hold.”

Rehman was reacting to a statement by Mazari from Saturday in which the federal human rights minister had expressed disappointment at the Ministry of Foreign Affairs for failing to take forward Prime Minister Imran Khan’s narrative on India-held Kashmir.

Addressing a ceremony organized by the Islamabad Youth Forum for Kashmir to highlight the plight of residents of India-held Jammu and Kashmir through artwork, Mazari said the prime minister had singlehandedly highlighted the Kashmir issue at various international forums. “Had our Foreign Office and those institutions that make policies on Kashmir taken it up further, today the situation would have changed,” she claimed.

She also questioned how a country like Burkina Faso appeared to have more diplomatic clout than Pakistan, adding that it had managed to get a resolution passed by the United Nations Human Rights Council against police brutality in the U.S. in the wake of protests against George Floyd’s murder.

“Clearly, there is policy confusion in the frontline ranks at the Foreign Office and cabinet,” said senator Rehman. Senator Mustafa Nawaz Khokhar, who is a spokesman for the PPP Chairman Bilawal Bhutto-Zardari, and also heads the Standing Committee for Human Rights, echoed her words.

“The federal minister for human rights has admitted that the country’s foreign policy is limited to statements, speeches and Twitter,” he said, adding that failure to properly raise the Kashmir issue was a failure of both the Foreign Office and the prime minister. “The nation and the opposition already know that the government has totally and utterly failed in every field, but now the failure is also being exposed by the government itself,” he added.