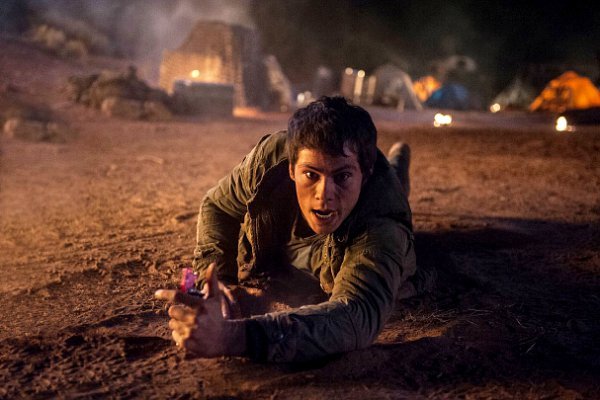 The Maze Runner: The Scorch Trials sprinted out of the gate in its first week in U.S. theaters, edging out true-crime thriller Black Mass to lead the North American box office, industry estimates said on Sunday.

The Scorch Trials is the second in the series of Maze Runner films based on popular young-adult science-fiction novels about teenagers, whose memories have been erased, trying to escape a dystopian world. It made an estimated $30.3 million in its first week in theaters, according to box office tracker Exhibitor Relations.

Black Mass, a biopic about Irish-American mobster James “Whitey” Bulger, debuted in second place, bringing in $23.4 million over Friday, Saturday and Sunday. The film stars Johnny Depp as the balding, scowling gangster, currently serving life in prison on murder and racketeering charges after years on the lam—a transformation for which Depp is drawing rave reviews.

Two thrillers rounded out the top four, both in their second week in theaters.

The Visit, M. Night Shyamalan’s low-budget thriller about a visit to grandma’s house gone awry, took in $11.3 million, and The Perfect Guy, about a woman’s tryst with a guy who isn’t what he seems, earned $9.7 million.

A thriller of another sort, Everest, in which a group of climbers find themselves engulfed in a blinding blizzard on the side of the iconic mountain, debuted in fifth place at $7.6 million, despite being in limited release in only 545 theaters.

War Room, about a struggling couple who finds help through prayer, dropped from third to sixth place, making $6.3 million.

A Walk in the Woods, starring Robert Redford and Nick Nolte took the number seven spot at $2.7 million.

In eighth was Mission Impossible: Rogue Nation, the latest in the heart-pounding Tom Cruise series, which made $2.3 million. It has so far made a total of $191.7 million overall. Another major summer hit, Straight Outta Compton, finished in ninth place with nearly $2 million. The biopic about the pioneering rap group N.W.A. has earned $158.9 million over its six weeks in theaters.

There was a surprise at the bottom of the list, though, as Grandma—getting major Oscar buzz for star Lily Tomlin—jumped from being No. 22 in North American theaters last week to tenth place, at $1.6 million.