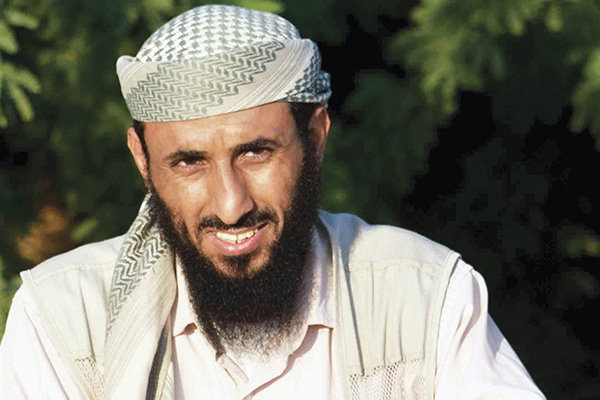 Nasser al-Wuhayshi’s promotion has made him a big U.S. target.

While President Obama has overseen a largely secret war that has killed dozens of top Al Qaeda commanders since 2009, one master terrorist has managed to elude U.S. forces: Nasser al-Wuhayshi. Today, Wuhayshi is a top target for the United States, after being crowned the general manager for Al Qaeda operations.

Known at times as Abu Bashir, Wuhayshi was one of Osama bin Laden’s closest associates, a top lieutenant who worked with him in the 1990s. When Al Qaeda moved to Afghanistan, Wuhayshi led one of the group’s four training camps in Tarnak Farms, where bin Laden himself often stayed. In his 2010 memoir, Guarding bin Laden: My Life in Al Qaeda, former bodyguard Nasser al-Bahri wrote that Wuhayshi, who studied Islam in Yemen, was sometimes referred to as bin Laden’s personal secretary. When U.S.-led forces struck Afghanistan, Bahri said Wuhayshi and Ayman al-Zawahiri, current leader of Al Qaeda, stuck with bin Laden when he was on the run. When Al Qaeda’s senior leadership fled the country, Zawahiri and bin Laden holed up in Pakistan. But Wuhayshi and others traveled to Iran, according to Bahri. Shortly after reaching Iran’s Baluchestan province, Wuhayshi was extradited to Yemen, where he was arrested and sent to prison.

According to Gregory Johnsen’s 2012 book, The Last Refuge: Yemen, Al Qaeda, and America’s War in Arabia, Wuhayshi emerged as something of a spiritual leader to Al Qaeda militants in the prison and planned his escape. On Feb. 3, 2006, Wuhayshi and 22 other prisoners used a tunnel to escape through a neighboring mosque, according to Johnsen.

The jailbreak was the genesis of Al Qaeda’s branch in Yemen, now known as Al Qaeda in the Arabian Peninsula. In 2007, Wuhayshi was elected as the group’s leader, but he was ready to move on. According to an August 2010 letter found during the U.S. raid on bin Laden’s headquarters in Abbottabad, Pakistan, bin Laden politely rejected Wuhayshi’s request for Anwar al-Awlaki to be promoted to be the leader of the Yemen affiliate. One U.S. intelligence official told Newsweek that Wuhayshi had designs on a more senior role in Al Qaeda. The letter that prompted bin Laden’s response has not been declassified.

After bin Laden’s death in 2011, Wuhayshi and his affiliate became one of the first groups within Al Qaeda to endorse Zawahiri for the top position. Bruce Riedel of the Brookings Institution said Wuhayshi had a connection with the Egyptian-born commander. “He has been loyal to Zawahiri,” Riedel said. “They were quick to endorse him in 2011. I don’t know the grounds for it, those incidents back in Afghanistan before 9/11, but there was a bond between the two of them,” he said.

That bond appears to have paid off. In the virtual meeting the U.S. monitored among Al Qaeda leaders, Zawahiri promoted Wuhayshi to the post of “Ma’sul al-Amm,” or “general manager.” Wuhayshi now will be able to call on the resources of Al Qaeda’s affiliates throughout the Muslim world, according to one U.S. intelligence official. It also means the U.S. military and the CIA will be redoubling their efforts to find him.