Home Lightbox Memon May Have to Mourn 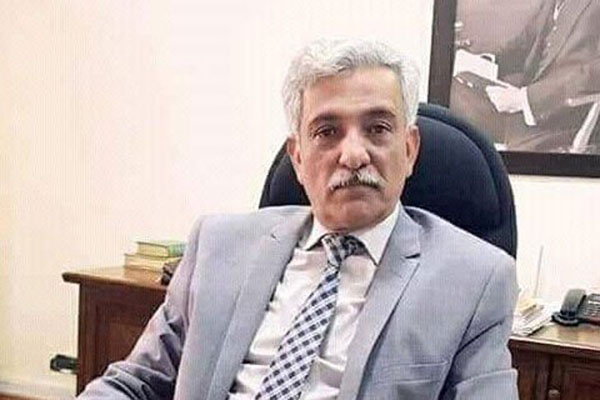 In pointing fingers at Shahzad Akbar, the former FIA chief may have bitten off more than he can chew

Special Assistant to the P.M. on Accountability Shahzad Akbar has increasingly come under a spotlight, as multiple people—some aligned with the Pakistan Tehreek-e-Insaf—have accused him of exceeding his mandate by targeting opponents with unjustified investigations.

Earlier this week, 30 MNAs and MPAs of the PTI from Punjab reportedly complained to Prime Minister Imran Khan during a meeting that “Akbar was going against his mandate by using his influence as the ‘de facto’ interior minister to use the Federal Investigation Agency (FIA) against the estranged PTI leader Jahangir Tareen and his family.”

Then, Bashir Memon—a retired director-general of the Federal Investigation Agency (FIA)—appeared on TV and shed more light on the alleged behavior of the special assistant. Memon, in a conversation with Geo News’ Shahzeb Khanzada, claimed that he had been summoned to Shahzad’s office and informed that a case had to be made against Justice Qazi Faez Isa, adding that he had responded by saying this was “not possible.”

This brings to two the number of cases in which Akbar has been declared the prime minister’s “hitman.” Writing in The News on Jan. 10, 2021, he claimed that the PTI was also investigating members of its own party and, therefore, could not be accused of victimization of the opposition:

“Those who fight corruption must have clean hands themselves. The government’s anti-corruption drive makes no distinction on account of party allegiance. Opposition’s mantra of political victimization and allegations of one-sidedness have failed on account of the fact that several PTI stalwarts have been booked under various charges. Commissions have been formed to inquire into alleged wrongdoing by them and a crackdown has been launched against petrol, sugar, and pharma cartels. Several PTI members and government officers have been arrested and references have been filed in accountability courts against them. It is for the first time in the history of the country that an anti-corruption drive has made no distinction between the prince and the pauper.”

Memon perhaps revealed more than he should have and now faces court cases against him for defamation. He alleged that P.M. Khan had compared himself to Saudi ruler Mohammed bin Salman, who got people punished by merely pointing at them. It was clear to Memon that Khan wanted his special assistant to go after opposition leaders. The way he told it, Khan appeared almost as one who took pleasure in inflicting pain on his opponents.

This was not the first outburst from Memon. In October 2020, he told journalist Matiullah Jan (who was later mysteriously ‘abducted’ and beaten up by unidentified men): “There was a picture on social media, regarding which they [said] that a terrorism case should be filed against Maryam Nawaz Sharif. How is this terrorism? There is a definition of terrorism in law. It was a normal picture, how was that terrorism?”

When asked by Matiullah who had told him to file the terrorism case, Memon said that he was summoned by the “highest office in Pakistan.” Jan asked if the prime minister had attended the meeting during which this exchange occurred, but the former FIA head refused to take names. “I said the highest office,” he reiterated.

Memon faces an uphill battle. While he dismissed claims of having a “soft corner” for the Pakistan Muslim League (Nawaz), it is no secret that he is hated by the Pakistan Peoples Party leadership for having prepared and prosecuted cases of corruption against former president Asif Ali Zardari during his time at the FIA. Now that Special Assistant to the P.M. Akbar has also decided to take him to court for slander, he is in for some rough times.