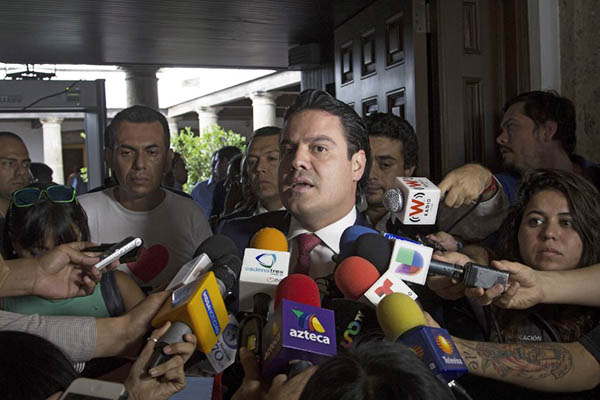 At least two Mexican tourists were killed, and another six unaccounted for, after security forces targeted convoy.

Mexico called on Egypt Monday to swiftly investigate why tourists were mistakenly targeted in what witnesses described as an airstrike that left at least two Mexicans dead and six unaccounted for.

President Enrique Pena Nieto said 14 Mexicans were among those involved in Sunday’s “grave incident” in the Western Desert. Egyptian authorities said security forces mistakenly killed 12 people and wounded 10 others when they struck their convoy while chasing jihadists, but they have not given details about the weaponry used or the breakdown of victims.

Mexico’s ambassador to Egypt said six Mexicans were still unaccounted for while a woman and a man were confirmed dead. The wounded included five women and a man who are stable. “The events of yesterday have saddened us as a nation. There is no precedent, in years, of an event like this one that harms our compatriots,” Pena Nieto said. “Mexico has demanded from the Egyptian government an exhaustive, deep and swift investigation into what happened,” he said at a military event in Mexico City.

Egypt vowed to form an investigative committee that will be headed by Prime Minister Ibrahim Mahlab.

Six Mexican survivors told the Mexican ambassador that they had stopped for a meal when they “suffered an aerial attack with bombs launched by a plane and helicopters,” Foreign Minister Claudia Ruiz Massieu told a news conference. A ministry source later told AFP that the Mexican government had chartered a plane for the families of the victims to head to Egypt on Monday, and that Ruiz Massieu would be joining them personally “to coordinate support efforts.”

The group had arrived in Cairo on Sept. 11 and left two days later on their way to the Bahariya oasis, Ruiz Massieu said. They were near the oasis when they came under fire, she said.

The Egyptian travel agency Windows of Egypt informed the Mexican ambassador about the attack. Her ministry delivered a diplomatic note to the Egyptian ambassador in which the Mexican government expressed its “deep dismay over these deplorable events” and demanded an investigation.

“The Mexican government asks that Egyptian authorities give the highest priority and urgency to clearing up this issue,” Ruiz Massieu said.

Egyptian authorities said the tourists were in an area that was “off-limits” but did not provide an exact location.

Relatives identified one of the dead as 41-year-old Rafael Bejarano Rangel, a musician whose mother, Marisela Rangel, was wounded in the attack. Mexico’s ambassador to Egypt, Jorge Alvarez Fuentes, gave two different names for the dead, though he said six others remain unaccounted for.

Gabriela Bejarano Rangel, Rafael’s sister, told reporters in the western Mexican city of Guadalajara that her mother had organized the trip for a group of friends and that it was “not true that the area of the attack is forbidden.” She said she had traveled there herself twice, and that it would be impossible for a guide to take tourists there without a permit.

“My brother was a musician, a shaman, a man of peace and good. It was his second trip to Egypt. He liked it a lot,” she said, adding that she had not spoken to her mother and had only received information from the Jalisco state government.

Rafael financially supported the indigenous Huichol community with proceeds from his concerts, providing it with potable water and helping it build a school. He helped the Huichol to ensure “that their beautiful culture did not disappear,” she said. “He helped a lot of people.”