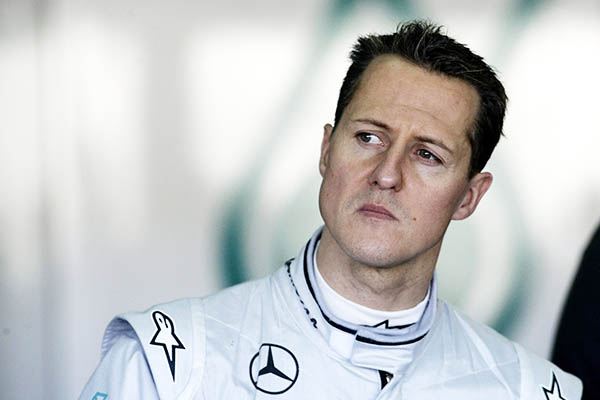 Formula One champion has woken from a medically induced coma and will continue rehabilitation in private.

Formula One champion Michael Schumacher has been transferred from a French hospital to one in Lausanne after coming out of a coma following his devastating ski accident in December, the Swiss hospital said on Monday.

“Mr. Schumacher was admitted by CHUV [the University Hospital of Lausanne] this morning,” hospital spokesman Darcy Christen told AFP by email. Earlier, his spokeswoman had said that he would be leaving Grenoble to continue his rehabilitation.

“Michael has left the CHU Grenoble [hospital] to continue his long phase of rehabilitation. He is not in a coma anymore,” Sabine Kehm said in a statement. “His family would like to explicitly thank all his treating doctors, nurses and therapists in Grenoble as well as the first aiders at the place of the accident, who did an excellent job in those first months. For the future we ask for understanding that his further rehabilitation will take place away from the public eye,” she said, without giving further details about his condition.

Schumacher slammed his head on a rock while skiing in the French resort of Meribel in December and was put in a medically induced coma after undergoing brain surgery at the hospital in the Alpine city of Grenoble. His family said at the end of January that drugs used to keep the 45-year-old in his deep sleep were being reduced to bring him back to consciousness, but little had filtered out about his condition since then.