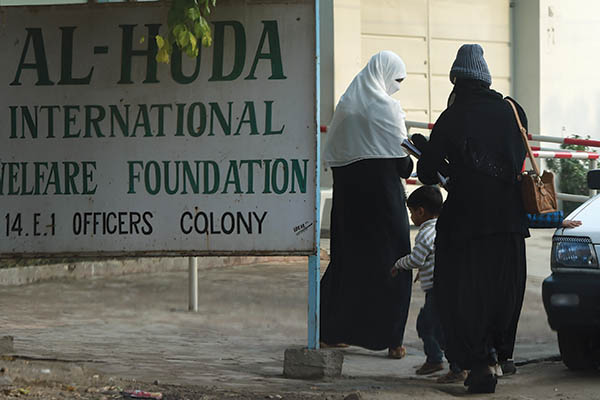 The rise of the middle class in South Asia, according to observers, has ignited religious fires and changed regional politics. Between 1999 and 2012, those spending between $2 and $10 per capita per day in India doubled and became a part of the middle class that today forms nearly half of the Indian population. Dr. Ishrat Husain, former governor of the State Bank of Pakistan, similarly notes in Governing the Ungovernable (2018) that between 2001 and 2013, Pakistanis spending $4 to $10 per day had also joined the middle class now forming 42 percent of the country’s population.

Economist Nadeemul Haq, formerly of the Planning Commission of Pakistan, meanwhile noted in 2012 that, in proportion to the total population, Pakistan’s middle class was twice as big as India’s. He defined the middle class thus: “Pakistan is now more urbanized with a larger middle class than India as percentage of the population. In 2007, Standard Chartered Bank analysts estimated that there were 30 to 35 million Pakistanis earning an average of $10,000 a year. Of these, about 17 million are in the upper and upper middle class.”

Generally speaking, the middle class is seen as imitative, modernist and religious, pursuing rightwing politics. Unlike the Hindus of India, the Muslims of Pakistan feel themselves a part of the broader Islamic comity; and a part of their “modernist” trend comes from this global identity. Ammara Maqsood, writing in The New Pakistani Middle Class (Harvard University Press 2017), has broken new ground in this field, looking closely at what has happened to Pakistan after the rise of its middle class.

In an op-ed for The New York Times last year, Maqsood notes: “Pakistan is often seen as a country with a small Birkin-bag-sporting elite, a poverty-ridden mass and little in-between. The reality is that Pakistan does have a large urban population, which identifies itself as middle class. Being middle class is a status closely associated with a progressive modernity—in Pakistan, in India—that individuals and successive governments alike yearn for.”

She succeeds in nuancing the new middle class identity by defining her subject as upwardly mobile, with a personalized piety seeking material prosperity with a better spiritual understanding of life. The seeking of modernity, which Marx saw as highly postured, is marked with a sense of nostalgia based on the new interpretation of faith. The link with the global faith is buried in Pakistan’s own early pursuit of identity with external markers such as Turkish architecture and expat recognition of Islam as expounded by the “non-imitative” Arab sources encouraging the kind of female veiling not original to Pakistan.

What, however, joins the middle class with the general consensus against the “liberal” in Pakistan is rejection of the ideological “distortion” that supports minorities and women’s rights. The new middle class, like most middle classes, pays homage to the Pakistan Army not least because of the predominantly middle and low-middle class status of its new officers’ class.

In an editorial, English-language weekly The Friday Times noted: “The new military leadership is predominantly middle and lower middle class, urban, conservative, religious, anti-West, as opposed to the officers’ corps in the early post-colonial years which was broadly more urbane, secular, landed, elitist and pro-West. For the last three decades, this officers’ corps has manufactured Islamist non-state actors for asymmetric warfare across the eastern and western borders of Pakistan and in the last decade fought a bloody war with some of its own protégés as a result of the blowback from such policies. This has made it aggressive, self-righteous and, in the face of criticism, even defensive and prickly.”

Maqsood’s book pursues these “expat” trends by studying the phenomenon of Al Huda in Lahore, a women’s movement led by U.K.-educated evangelist Dr. Farhat Hashmi and her “dars”-based system of teaching, which attracts mostly upwardly mobile families seeking new identity markers. It should be noted here that Al Huda penetrated the Pakistan Army, a trend that was opposed by then-Chief of Army Staff General Jahangir Karamat. He shortly learned that his efforts to push out Al Huda were not appreciated by his subordinates.

What comes to the fore in Maqsood’s pioneering study is the new “seeking” within the Pakistani middle class of the meaning of the Islamic faith. Significantly, this trend is connected with the formation of the middle class among the Pakistani labor exported to the West. The identity markers formed abroad were different from the known characteristics of the middle class in Pakistan. First, this led to non-assimilation—followed swiftly by alienation—in the host states. Then, a further differentiation developed back home after repatriation. New gaps of identity set apart the hijab-wearing women, followed by antagonism of the established male priesthood inside the Council of Islamic Ideology and the Taliban, which forced Al Huda to shift to Canada.

The most important contribution of the book is the understanding it offers of the new, at times unfamiliar, Pakistani middle class. Although most of her insights are developed on the basis of her observation of the phenomenon in Lahore, they apply to developments in other parts of South Asia like India and Bangladesh where vast populations have moved up to the middle class status. Her effort is directed at not reducing her subject to a stereotype, especially with regard to the simultaneous pursuit of modernity and religion.

Her defining insight about her work is expressed thus: “Deliberations on what it means to be a ‘good Muslim’ reveal an array of complex motivations, including both the desire for spiritual progress and an aspiration for becoming—and appearing to be—modern in relation to the wider moral universe.”