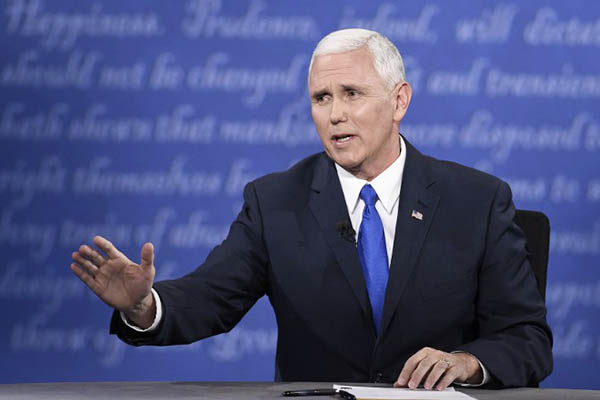 The move is a marked shift from Trump’s earlier claims of anti-establishmentarianism.

Donald Trump shook up his White House transition team on Friday by appointing running mate Mike Pence as its chairman and naming a cohort of Washington insiders—along with three of his children—to the operation.

It marked a clear shift by Trump to tap into the very establishment that he railed so strongly against during his abrasive presidential campaign that culminated Tuesday in his shock election win over Democrat Hillary Clinton. “The mission of our team will be clear: put together the most highly qualified group of successful leaders who will be able to implement our change agenda in Washington,” the president-elect said in a statement as his team gathered in Trump Tower in New York.

The move demotes New Jersey Governor Chris Christie to a deputy role, after he spent months heading the transition team. Christie—a former presidential candidate once seen as a possible running mate for Trump—likely paid the price after two of his former aides were convicted in connection with a political scandal that tainted the governor.

Consummate Washington power player Reince Priebus, who chairs the Republican National Committee and was a fierce supporter of Trump when several notable Republicans were jumping ship, was also named to the transition team.

Three of Trump’s grown children—Don Jr., Eric and Ivanka—and son-in-law Jared Kushner were also named to the team’s executive committee, a move that could raise serious questions about conflicts of interest. Trump, a billionaire real estate tycoon, said during the campaign that should he win the election, he would place his vast business interests in a blind trust controlled by his three oldest children. Those children are now in the position of helping to choose who their father nominates to key cabinet posts including secretaries of the Treasury, labor and commerce.

“Together, we will begin the urgent task of rebuilding this nation—specifically jobs, security and opportunity,” Trump said in the statement. “This team is going to get to work immediately to make America great again.”

Trump’s decision to pick Pence was seen as twofold: the appointment allows him to tap into the deep well of contacts that Pence has in Washington from his years as a congressman, while soothing concerns about what kind of personnel the president-elect would place on his team.