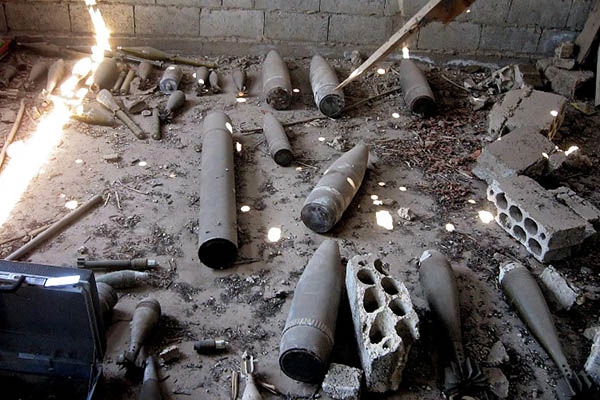 Local commander of TTP was trying to extract explosives from a mortar shell when it detonated, killing him and five family members.

A militant commander and five family members including a child were killed when a bomb he was tinkering with exploded at his home in northwest Pakistan, officials said on Wednesday.

Aalim Deen Mehsud, a local commander of the outlawed Tehreek-e-Taliban Pakistan (TTP) in the North Waziristan tribal area, was trying to remove explosive material from a mortar shell, triggering the blast, a security official said.

“He was trying to cut the shell with a hand saw and take out the explosives when the explosion occurred, killing himself, four women and a child of his family,” said the official. Two other children were injured in the blast, the official said.

A local in the village of Talib Jan, where the incident happened, confirmed the deaths. “Aalim Deen Mehsud and five members of his family have been killed in an explosion at his house,” said Gul Hajjan, a resident of the village.

North Waziristan is one of Pakistan’s seven semi-autonomous tribal regions, which Washington considers to be a major hub of Taliban and Al Qaeda militants plotting attacks on the West and in Afghanistan. The government opened negotiations with the TTP last month in a bid to end a bloody insurgency that has left thousands dead and cost the economy tens of billions of dollars.

poor women and child, this monster Aalim deen should go to hell fire for ever with his companions in his area and all over to pakistan