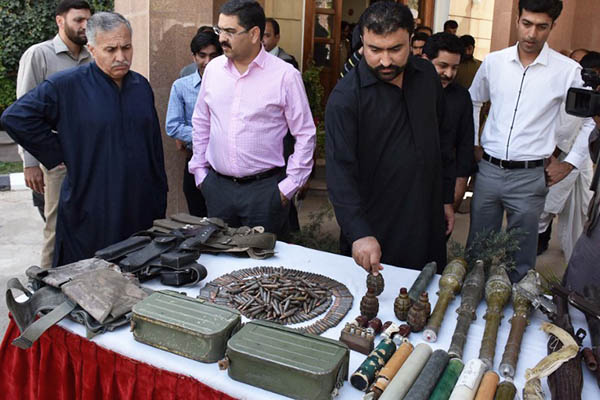 At least 34 separatists, one soldier, dead after three days of fighting in restive province.

The clashes took place in Kalat district after authorities were given an intelligence tip off about the presence of militants in the area.

“Security forces have killed 34 terrorists after three days of fighting in the Johan area of Kalat,” Balochistan Home Minister Sarfaraz Bugti told a press conference in Quetta, the provincial capital.

Bugti said that a leading militant commander Abdul Nabi Bungalzai, who was wanted for the 2011 murder of high court judge Mir Mohammad Nawaz Marri, was also among the dead.

The militants belonged to United Baloch Army rebel group, which has been tied to incidents of ethnic violence, kidnappings for ransom and attacks on security forces and government installations, Bugti said. Local security officials confirmed the operation and casualties.

In a separate incident, gunmen killed six members of a family after they stormed into their house in Panjgoor district on Saturday, local administration official Mujibur Qambrani told AFP. Qambrani said that it was not immediately clear why the family was targeted and added that an investigation had been launched.

And in Quetta, a policeman was killed on Saturday after gunmen on a motorcycle opened fire on his patrol vehicle, said Bugti.

Balochistan, Pakistan’s largest but least developed and most sparsely populated province, has been wrecked for decades by a separatist insurgency that was revived in 2004. The separatists believe that locals do not receive a fair share of the province’s energy and mineral wealth, while rights groups accuse the government of extra judicial detentions and the killing of activists.

The province is also blighted by religious extremists, banditry and sectarian violence between Sunni and Shia Muslims.