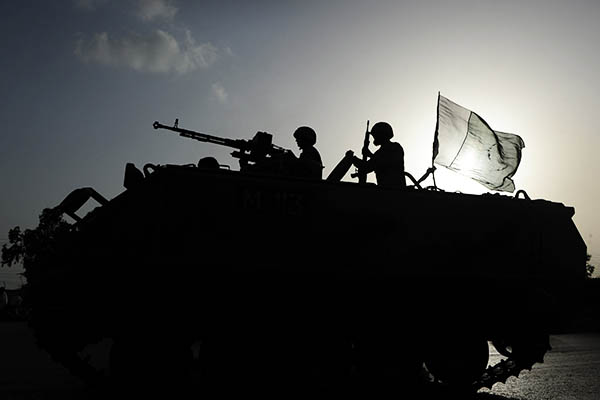 The Senate extended a law allowing secret military courts to try civilians on terror charges for another two years on Tuesday, despite stringent criticism from rights groups.

The law expired in January with the controversial tribunals having hanged 12 people and ordered the executions of 149 more. The courts will now be revived as soon as President Mamnoon Hussain signs the amendment to extend them into law, a senior government official told AFP.

The International Commission of Jurists (ICJ) slammed the move in a statement. “The nationwide concern at a number of recent attacks in the country seems to have once again been misdirected toward a seriously flawed counter terrorism strategy that weakens the rule of law and the struggle for justice,” said Sam Zarifi, ICJ’s Asia director. “Pakistan must reject this counter productive strategy and instead strengthen its judicial process and law enforcement in line with its domestic law and international obligations,” he added.

The military courts were created by constitutional amendment after the country’s deadliest ever extremist attack in December 2014. The assault on a school in Peshawar, in which gunmen killed more than 150 people—mostly children—traumatized a country already grimly accustomed to atrocities.

The Army intensified an operation against militants in the tribal areas and the government launched a National Action Plan, including the creation of the courts, against extremism. The courts were seen as an “exceptional” short-term measure put in place to allow the government time to reform the criminal justice system.

Last month, a fresh wave of militant violence killed 130 people across Pakistan. The attacks, most of which were claimed by the Islamic State group or the Pakistani Taliban, dented optimism after the country appeared to be making strong gains in its decade-and-a-half long war on militancy.