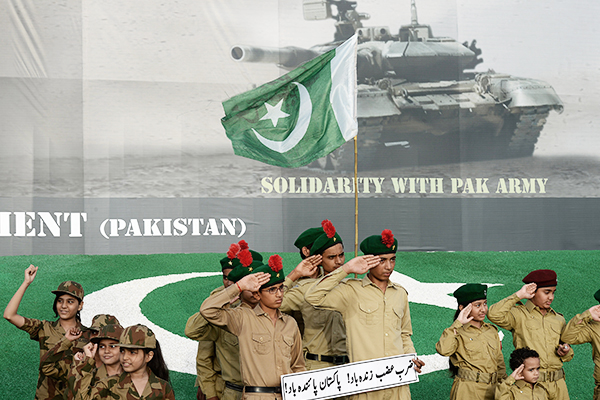 A new book aims to understand the mind of the Pakistan military.

Aqil Shah’s The Army and Democracy: Military Politics in Pakistan (Harvard University Press, 2014) takes a hard look at the Pakistan Army and its regular interventions in politics. We recently spoke with Shah, who teaches at Princeton University, about his book, the ongoing military operation in North Waziristan, and more. Excerpts:

What inspired you to write this book?

The book is primarily concerned with understanding why militaries launch coups, and this is explored in the context of Pakistan. The 1999 coup by Pervez Musharraf rekindled one of my earliest political memories, the judicial murder of Prime Minister Zulfikar Ali Bhutto, whose government was overthrown, as my father explained at the time, by a “vicious mustached monster.” It drove me to try to systematically understand and explain military politics in Pakistan, but the existing social-science scholarship left me dissatisfied. Most of it explains coups through nonmilitary factors—weak civilian institutions, poor leadership, and the military’s corporate interests—without any regard for the military’s own beliefs system that shapes the views and behavior of its ranks. The authoritarian attitudes of senior officers provide the moral justification for both the Army’s permanent role as Pakistan’s guardian and its recurrent political interventions. My book emphasizes this neglected factor.

Some readers have described your book as cynical. Is that fair comment?

I take a critical view of the military’s political role. There is no such thing as pure objectivity; what I write is my interpretation of the “facts.” I strongly believe that civilian control of state is a universally-applicable principle of democratic governance, not a culture-specific concept as some generals believe. The book is an informed critique of military praetorianism.

Has the acquisition of nuclear weapons impacted the Pakistan Army’s thinking?

Nuclear weapons have surely shaped the military’s institutional mindset in relation to India, mainly by emboldening it to wage a proxy war in Kashmir in the belief that having nuclear weapons rules out conventional war. The generals have overthrown civilian governments both before and after Pakistan developed nuclear weapons. The possession of the bomb has not had as pronounced an effect on the military’s perceptions of its proper role in the polity as some would like to think.

Operation Zarb-e-Azb began in mid-June in North Waziristan to cleanse the tribal agency of local and foreign militants. What’s your take on the military offensive?

There are least two important dimensions to Zarb-e-Azb. The first one is the avoidable and largely ignored humanitarian crisis created by the criminally negligent response of both the military and the federal and Khyber-Pakhtunkhwa governments. Almost a million people have been displaced and left to fend for themselves. The state’s abdication of its responsibilities has encouraged and allowed violent nonstate actors to fill the vacuum. The second dimension is terrorism. Does this operation represent more of the same old, same old whack-the-“bad”-Taliban approach or does it signal a real departure from the policy of using jihad in support of a revisionist foreign policy? The military’s claims to the contrary, its definition of terrorism still does not seem to include terrorist groups like the Afghan Taliban, the Haqqani network or Lashkar-e-Taiba. This is perhaps because it still considers these to be its strategic assets for ongoing and future use in Afghanistan and against India.

I did not read the book but I had the opportunity to listen the interview of the author Mr.Aaqil Shah with the American Radio about his book, his views about the Pakistan army and the civilian army relationship in the present crisis in Islamabad. The author has very professional and scholarly views about the role of Pakistan army and its relations with the USA and the people of Pakistan. I like the views of the author when he critically analyse the role of army and its existence for Pakistan.

However, Pakistan army and the continuous conflict behind the scene against the democratically elected government in Pakistan, does not make the army as powerful because democracy in Pakistan can and could make Pak – Army more stronger and powerful like the example of an Indian Army which obeys the constitutional rule to perform its duty as an institution.