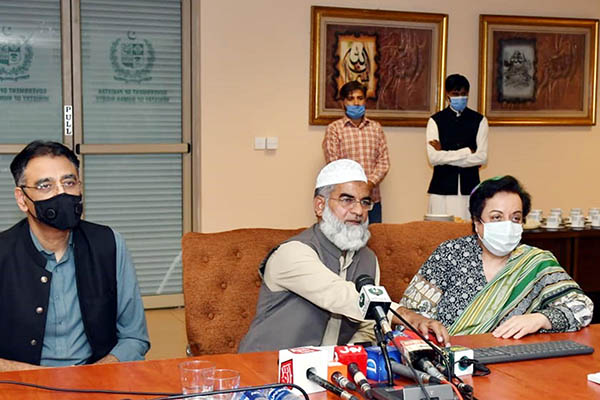 Integrated with the Pakistan Citizen’s Portal, the system aims to expedite the reporting and investigation of missing children cases

The Ministry of Human Rights on Thursday formally launched the Zainab Alert system to expedite the submission and resolution of missing children reports.

Integrated with the Pakistan Citizen’s Portal, the system is now accessible to all 2.9 million registered users of the government app, Human Rights Minister Shireen Mazari told a launch ceremony in Islamabad. Acknowledging that work on the app had begun under the previous government, she said it had been left incomplete and the incumbents had completed it.

The minister stressed that the Zainab Alert system was merely one step in the federal government’s efforts to institute stronger protections for the rights of children across Pakistan. She said that any complaints registered with the app would be forwarded to local police, who would be required to launch an immediate inquiry for the recovery of missing children. She also clarified that the app’s design makes submission of “fake” alerts impossible.

Mazari said that in the initial phase the Ministry of Human Rights’ helpline 1099 would operate in parallel to the Zainab Alert system. However, she added, it would soon be integrated, making it even easier to report human rights abuses. She said the government was also developing a national directory that would work with charity organizations such as the Edhi Foundation in support of a safety mechanism for children.

The human rights minister was accompanied by Planning Minister Asad Umar and Zainab Ansari’s father, Amin Ansari, who was there as the guest of honor for the application’s launch.

Umar commended the initiative, adding that its integration with the Pakistan Citizen’s Portal would help ensure it was effectively monitored and evaluated.

According to state-run Associated Press of Pakistan, Prime Minister’s Delivery Unit Deputy Secretary Adil Saeed Safi clarified that residents who don’t have access to the internet can visit any government office or institution and request the issuance of an alert on their behalf. He said the app’s features include A.I. Face Recognition, geotagging and mapping, and real time progress tracking and alerts to expedite the entire process.

He said the government would also establish a public web portal to allow both authorities and citizens to track and trace the progress of cases, as well as provide information on their prevalence in various regions of Pakistan. 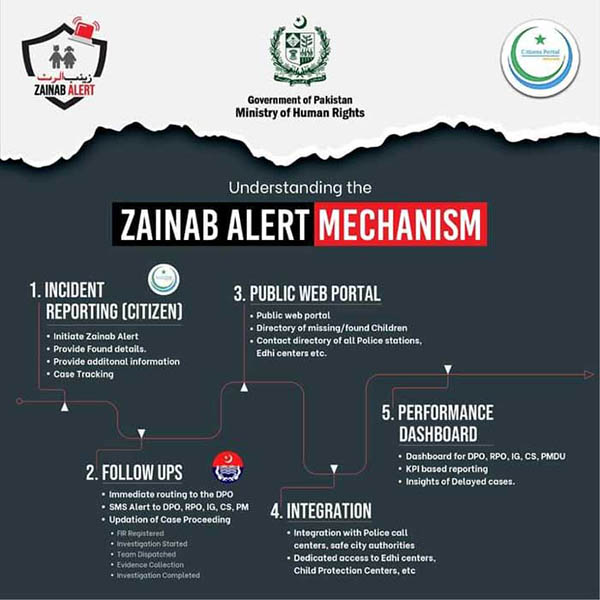 The Zainab Alert system is a direct result of the Zainab Alert Bill 2020, which was ratified by President Arif Alvi in March after being passed by both the National Assembly and Senate. Under the law, child abusers can be punished with life imprisonment and a fine of up Rs. 1 million. It also dictates the establishment of a toll-free helpline, and framework for quick police and administrative response.

The Zainab Alert, Response, and Recovery Agency (ZARRA) has been tasked with coordinating with all relevant federal and provincial authorities and law enforcement agencies, as well as maintaining an online database of all children reported missing or abducted with their current case status.

The legislation is named for Zainab Ansari, the six-year-old girl who was raped and murdered in Punjab’s Kasur in 2018. The horrifying tragedy sparked mass protests across Pakistan, and a massive manhunt that eventually resulted in her killer’s arrest. He was hanged later that same year after being convicted in court.