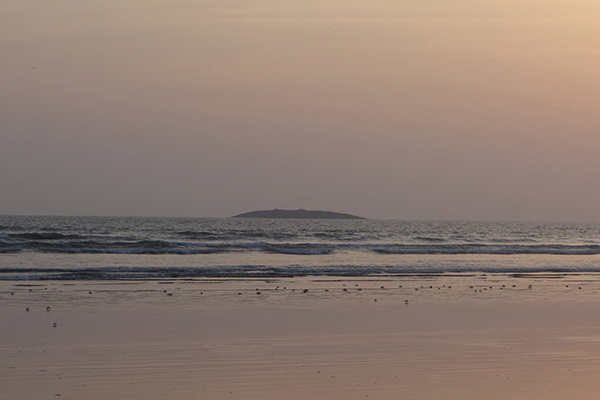 A 7.7-magnitude earthquake that originated in Balochistan and killed over 300 people and injured hundreds more has also created a small island in the Arabian Sea near the Gwadar seaport. The island, about 70-feet-high, 300-feet-wide and around 120-feet-long sits about 200 meters from the coast. But, seismologists have warned, it’s unlikely to be a permanent addition to Pakistan’s coastlines. “It’s basically a mud island and it is unlikely that it will last,” Mohammad Danish, a senior research officer with the National Institute of Oceanography who was part of a team that surveyed the new landmass, told Newsweek. Danish also confirmed that methane gas had been found to be emanating from the surface of the island. But while the island has been hailed as a miracle by some, and an object of much discussion on social media, it isn’t the first time Pakistan has been witness to this phenomenon. In 1945, an 8.1-magnitude earthquake along the Makran coastline also created mud volcanoes off the coast of Gwadar; in 1999 a smaller island appeared near the same coastline; in 2010 another landmass was seen near Gwadar, again, becoming a local attraction with residents lighting incense sticks to show their reverence before it dissipated during monsoon rains. The currently-unnamed landmass will likely vanish within a few weeks or months—the plight of the thousands affected by the earthquake will last much longer.