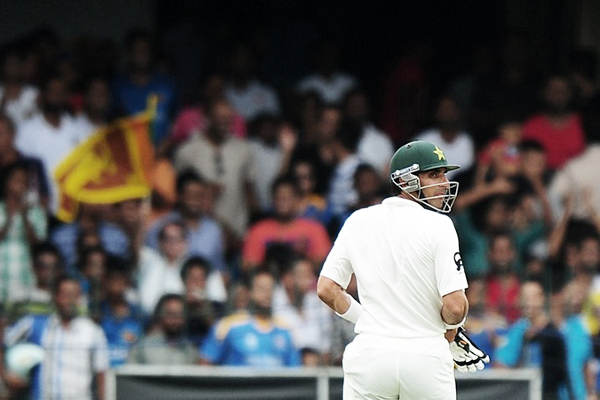 Misbah-ul-Haq said he felt proud to become his country’s most successful captain, four years after he was handed the job in the post spot-fixing scandal which left Pakistani cricket in tatters.

The 40-year-old achieved his 15th Test win when Pakistan routed New Zealand by 248 runs in Abu Dhabi on Wednesday, taking a 1-0 lead in the three-match series. In so doing, Misbah bettered his illustrious countrymen Imran Khan (14 wins in 48 Tests as captain) and Javed Miandad (14 wins in 35 Tests).

“It sounds great, thanks to the Almighty; and you can see the names of Imran Khan and Javed Miandad and I am at the top,” said Misbah, who captained for the 33rd time since taking over in October 2010. “I can’t feel better on this record, but I think they were better than me before and will remain better always.”

Given the tough times he has faced as captain, the achievement, he said, felt even greater. “When I look back today, it’s [such] big happiness because when I started this journey it was tough; when I was captain, it was uncertain. I was not even in the team and it was a do-or-die situation, and suddenly I was the captain,” he said.

Pakistan had to start afresh after a spot-fixing scandal which resulted in bans on then-Test captain Salman Butt, Mohammad Asif, and Mohammad Aamer.

“When I look back, the way I performed and the way the team responded is incredible. Youngsters or seniors, everyone gave his best and that’s why we deserved the results, and all the players deserve credit for this,” he said.

The win against New Zealand is Pakistan’s third in a row after last week’s 2-0 whitewash of Australia, their first series win over them in 20 years.

Misbah said the key to his success is that he never loses hope. “Good days or bad days, I never lost hope, and credit also goes to the Pakistan Cricket Board, which, despite so many changes in the setup [of the board], kept faith in me. I hope even after me, there is consistency in captaincy because this gives you results.”

New Zealand captain Brendon McCullum agreed his team had been well beaten by Pakistan. “Sometimes you’ve got to admit you were second-best, cop it on the chin, reflect on it but don’t overanalyze,” said McCullum, who regretted missed catches. “We created several chances which we didn’t take, and over here you can’t be needing to get 26-27 wickets. From a bowling point of view, the wicket was dead on days one and two but got better in pace as the game went on. We’ve still got the personnel to do it. If Pakistan wins the toss, I reckon it’s a 70/30 advantage to them straight away.”

The second Pakistan versus New Zealand Test starts in Dubai from Nov. 17.