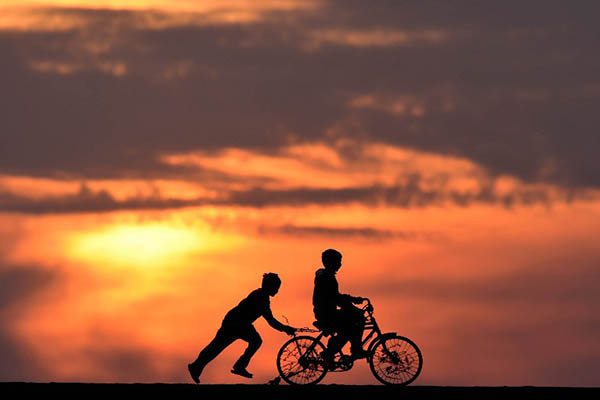 Reports of a ‘dramatic uptick’ in child abductions in Lahore and its surrounding areas are grossly exaggerated.

On a sweltering August afternoon, Khurram Shehzad and his driver were parked near a street corner in Lahore. Employees of the government-run Child Protection and Welfare Bureau, they were on the lookout for child laborers who are taken in and rehabilitated by the agency. With a van full of beggars and laborers, their work for the day was nearly complete, but Shehzad wanted to locate an 11-year-old boy spotted driving a rickshaw in the neighborhood. After an interminable wait, Shehzad finally saw him. Before he could approach the child however, a passerby shouted: “This man is kidnapping children.” Within minutes, an enraged crowd had encircled the vehicle. Ignoring their pleas for mercy—and the prominent Child Protection Bureau logo emblazoned on their vehicle—the mob started beating the two men. By the time police arrived, both men were bruised and bloodied.

Shehzad had been accused of harming the same children he was sworn to protect, but his case isn’t unique. Punjab Police officials say similar cases of mistaken identity have prompted several mob incidents following media reports alleging gangs of criminals are targeting children across the province.

Last month, a segment of Pakistan’s media reported that around 700 children had been kidnapped from across Lahore since January. The sensationalized reports, which blamed government apathy for the ongoing ‘crisis,’ alleged an organized group was behind the “massive uptick” in abductions without providing details. Panicked parents and concerned locals took to social media to fill in the gaps—and found little to ease their minds.

Online reports claimed children in Lahore were no longer safe, not even in their own homes. One picture that went viral on Whatsapp showed a child in captivity, her hands and feet tied. “This is what is happening to our kids,” read the accompanying caption. The picture was later identified as that of an Indonesian child. Yet, as the campaign continued to gain traction, parents took it upon themselves to take action.

In the first two weeks of August, 60 people—men and women—were falsely accused of child abduction and assaulted by mobs, according to police, who refer to them as “victims of fear.” Some parents accompanying their own children, such as Muhammad Shehbaz and his wife, were among those targeted.

Shehbaz says he, his wife and their two-month-old baby were returning home from a visit to a vaccination clinic when they were attacked by a mob of 20 people. Accusing him of abducting the infant, Shehbaz recalls, the crowd threatened to kill him before police eventually intervened. Both husband and wife were injured in the scuffle—as was their child.

The paranoia has also claimed one life. A 70-year-old mentally disabled woman was brutally tortured in Multan on suspicion of kidnapping children. She succumbed to her injuries in hospital.

Despite the obvious failings of “mob justice,” many parents—reflecting the public’s lack of trust in local police—claim it is their only option. Residents in Lahore have also started erecting barriers to cordon off their districts. In some areas, neighborhood teenage boys have been deputed to patrol the streets every night. This isn’t helping, say police, noting that these vigilantes are making the law and order situation worse with their actions.

Social media is also playing a negative role and stoking people’s fears by circulating unsubstantiated stories of missing and murdered children, says Shehzada Sultan, additional inspector general of police. He cites a Facebook post from earlier this month that claimed two children’s bodies—with their organs removed—had been found in Lahore. According to Sultan, police acted on the report but never found any bodies or evidence of murder. “We want people to be aware of the facts,” he says. “Let me make this very clear: There is no organized gang that kidnaps children and removes their organs for transplantation. We have found no evidence of this.”

Doctors appear to agree, saying children’s organs cannot be used for adults as implied on social media and in various news reports. “Pakistan does not currently have the expertise required for surgeons to conduct complicated operations where a child’s organs are extracted,” says a doctor at Shifa Hospital, one of the few places in the country specializing in transplants. “No reputable hospital would ever use child organs, even for another child. We encourage adult relatives to act as donors.” Dr. Mian Aziz ur Rehman of the Pakistan Health Care Center also rubbished claims organs could be harvested in substandard conditions. “[These] Rumors are not reality based. Organs have a certain life span. They have to be medically preserved. They cannot be treated as toys.”

Police say their records show that despite reported claims, there has been no drastic uptick in abductions in Lahore specifically, or Punjab as a whole. “We are not in denial,” says AIG Sultan, “but this whole issue has been really blown out of proportion.” Data available with Newsweek Pakistan shows 767 children were reported missing in Punjab between January and August 2016. Of these, 94 percent or 721, have been reunited with their parents. Last year, 1,134 children went missing with 96 percent of them found. In 2014, 1,203 children were reported missing and police claim 99 percent of those were recovered safely.

Punjab Inspector General of Police Mushtaq Ahmed Sukhera says a majority of the missing cases involve runaways fleeing abusive parents or seeking a better life elsewhere. Most of these return home themselves, he says. Until they do, however, parents register them as ‘abducted,’ which can skew available data.

Islamabad-based NGO Sahil, which works exclusively on child abuse and exploitation, backs the police and acknowledges media claims are inflated. According to the data it has collected over the past six months, 36 children were kidnapped from Lahore, while 740 have gone missing from all over Pakistan.

But while police maintain panicking parents are worrying needlessly, they are not taking any chances. Officials set up an 1121 helpline to record and forward cases of missing children to the Child Protection Bureau. Police have also increased patrols at religious shrines and railway stations, identified as hotspots for child abductions and runaways. Prompted by the media, the Supreme Court has also taken suo moto notice of the reported kidnappings.

This is a welcome development, say rights activists, claiming the added pressure can only encourage the government to do more for its citizens—young or old. “It doesn’t matter if the number of cases is big or small, 36 or 700,” says Mumtaz Hussain Gohar, a spokesman for Sahil. “Children are either leaving their homes due to harsh treatment or are being picked up and sexually abused. In both cases it is the government’s responsibility to ensure every child’s safety. At least the hype is creating much-needed debate.”