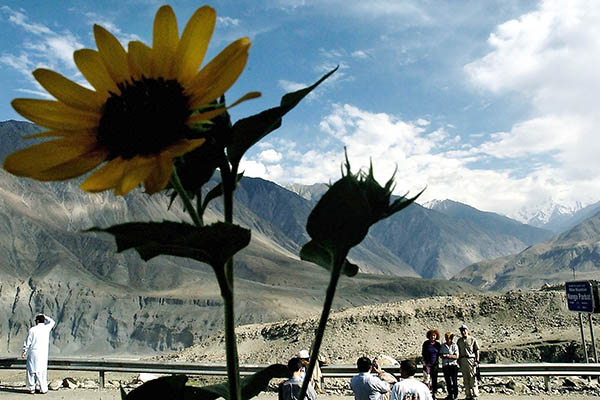 Two New Zealand climbers hoping to become the first father-and-son team to scale the world’s second-highest mountain have died in the attempt, their family said Tuesday after the pair went missing in an avalanche on K2.

Martin Schmidt, 53, and his 25-year-old son Denali Schmidt were attempting to scale the 8,611-meter peak in northern Pakistan when the avalanche hit on Friday night.

Sequoia Di Angelo confirmed that her father and brother had perished, an assessment backed by a Pakistani official involved in the expedition and Martin Schmidt’s employer.

“It is with great sorrow that I confirm the tragic death of my brother and father, Denali and Marty Schmidt. May their spirits rest at K2. RIP,” U.S.-based Di Angelo tweeted.

Manzoor Hussain, chief of the Alpine Club of Pakistan which coordinated the expedition, said there was a series of avalanches before they went missing which prompted most climbers to return to base camp. But he said the Schmidts attempted to take shelter at Camp 3, some 7,400 meters up the mountain.

“I think in this case they overestimated themselves,” he told Radio New Zealand. “When everybody else was trying to descend and call it a day because of the avalanches they should have also descended to base camp.”

The pair were reportedly dual New Zealand-U.S. citizens. New Zealand officials said consular officers in Pakistan were liaising with their U.S. counterparts and monitoring the search on K2.

But Hussain said Nepalese Sherpas had reached Camp 3 and found equipment such as crampons and ice axes, which were vital to surviving on the mountain.

“That’s why it’s assessed that they’re gone,” he said. “Normally climbers cannot move about without the use of crampons and ice axes. So that means whatever happened they went away, they were beset by an avalanche.”

Martin Schmidt was a professional mountaineer who worked as a brand ambassador for New Zealand outdoor products company Macpac, which said it had received confirmation that the climber and his son were dead.

“Boys, you will be truly missed. May you rest in peace in a place that you loved so much,” it said in a statement.

Pakistan is home to five of the world’s 14 peaks over 8,000 meters. Deaths among climbers are not uncommon.