Modi Calls Sharif Ahead of Ramzan 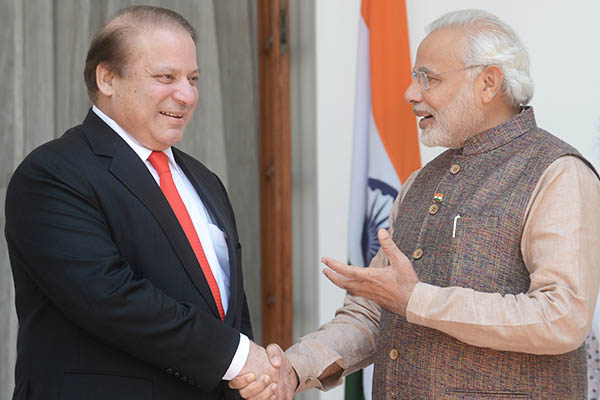 “Both the leaders spoke for five minutes and India’s prime minister also greeted Prime Minister Nawaz Sharif on the eve of the holy month of Ramzan,” Sharif’s office said in a statement. “On this occasion India’s prime minister said his government is releasing Pakistani fishermen as a goodwill gesture and wants good relations with Pakistan,” it said, later announcing that Indian fishermen in custody would also be released.

The call came after a war of words between the neighboring nations over border disputes, particularly over recent airstrikes in Myanmar and a recent speech by Modi in Bangladesh that touched on its war and secession from Pakistan. The two countries, whose relations have always been fraught, have also recently accused each other of supporting terrorist organizations.

U.S. Secretary of State John Kerry on Tuesday said he had spoken to Sharif about the “recent increase in the tensions publicly” between the two countries. “It’s of enormous concern to all of us for all the obvious reasons. These are two very, very important countries, playing a critical role with respect to regional interests,” he said. “And it’s very, very important that there be no misinterpretation or miscalculation with respect to any of the back-and-forth and the empowerment some entities might feel as a result of that,” he added.

Sharif, who had just spoken to Modi, had been “extremely forthcoming,” Kerry said, saying their conversation had also looked at working to reduce tensions.

Born out of the bloody partition of the British-ruled India in August 1947, India and Pakistan have fought three wars against each other, notably for control of Kashmir, which is divided between them.

Modi tweeted that he had spoken to Afghan President Ashraf Ghani, Prime Minister of Bangladesh Sheikh Hasina and Sharif to extend his best wishes at the start of holy Ramzan. “Also conveyed to PM Sharif our decision to release detained Pakistani fishermen on this pious occasion,” he said on his official Twitter account. “The fishermen released will be able to be with their families to observe this blessed month,” he added.

Sharif’s office later said Islamabad would release Indian fishermen that it was detaining. Neither side said how many detainees were to be freed.

Fishermen are frequently arrested along with their boats by both India and Pakistan as the maritime border in the Arabian Sea is poorly defined, and many fishing boats lack the technology needed to be certain of their precise location. Both countries also use the release of fishermen to express goodwill from time to time.