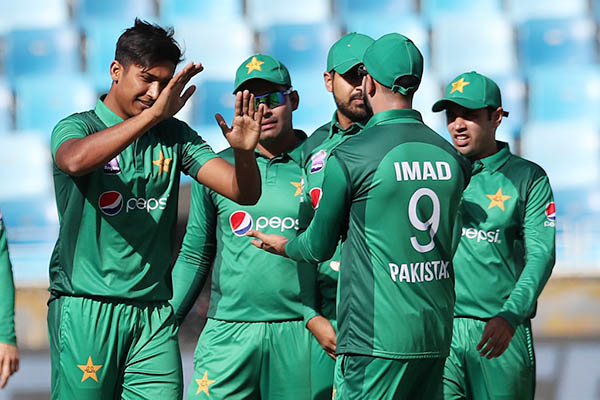 Four years ago, two-time World Cup winner Steve Waugh predicted young fast bowler Mohammad Hasnain would one day make a name for himself on the international stage. Now the 19-year-old can prove Waugh right after his blistering pace earned him a call-up to Pakistan’s squad for the World Cup.

Pakistan’s chief selector Inzamam-ul-Haq, a member of the country’s first and only victorious World Cup squad in 1992, called the young bowler a “surprise package,” while legendary paceman Waqar Younis says he sees shades of himself in the ultra-quick, destructive teen.

Tall and with a wide smile, Hasnain has turned heads after first arriving on the national scene in 2015 and sending down balls at a blistering 150kph.

Hasnain’s rise to Pakistan’s senior squad has been similarly rapid—he made his one-day international debut within a week of leading the Quetta Gladiators to the Pakistan Super League (PSL) title.

“It’s a great honor to represent Pakistan and the honor multiplied when I was named in the World Cup squad,” Hasnain told AFP. “I am on cloud nine and ready to make batsmen struggle with my speed. I love to bowl fast and that is my strong point.”

Hasnain made his way to the international stage from the dusty pitches of sun-bleached Hyderabad in southern Pakistan, where he was mentored by renowned cricketing coach Iqbal Imam. “Hasnain played Under-16 and Under-19 for Hyderabad and right from the start his pace has been impressive,” recalled Imam, a former first-class cricketer who had played alongside Inzamam.

In 2015, he was selected in Pakistan’s Under-15 team to tour Australia. “I remember that at the Bradman ground near Sydney, Steve Waugh came to watch his son Austin and he saw Shaheen Shah Afridi and Hasnain in action. He predicted that the two boys will make an impact at the international level,” said former coach Mohammad Masroor.

Shaheen played for Pakistan in all three formats last year and is also in the World Cup squad, meaning both players can now seize their opportunity at the tournament in England and Wales. He could also feature in Sunday’s one-off T20 clash against England in Cardiff.

Soon after his 12 wickets in the PSL’s fourth edition, Hasnain was picked to play for Pakistan against Australia in a one-day series in the United Arab Emirates.

Although he took just two wickets in three games, Australian batsmen were troubled by his pace—a trait Pakistan’s head coach Mickey Arthur said could be a game-changer for his squad. “His pace is the most impressive and he has the potential of an international player,” said Arthur. “He could be the X-factor for us.”

Former great Younis also lauded Hasnain’s pace, as well as his grit. “He is very talented, has pace and bounce and the determination,” he said. “I have told him not to lose his pace, which is his strong point. I wish him the best of luck.”

Inzamam says Hasnain has the potential to keep the competition off-balance and the ability to surprise any team. “I think he could be the surprise package and can at any time win us a match. He has express pace and can damage and can surprise any team,” said Inzamam. “I have faced 150kph in my career and it’s not easy. It sends shivers down your spine.”

Hasnain will first get his chance to shine in the five-match one-day international series against England—starting on May 8—ahead of the World Cup. “I didn’t know much about Steve Waugh when we met,” he said. “But later I got to know that he was a World Cup winner, a great batsman and a shrewd captain. His words were inspiring and I want to prove him right. I know the England series is a big chance for me and then the World Cup. I will do my best to make a name for myself. I will, definitely,” he added.