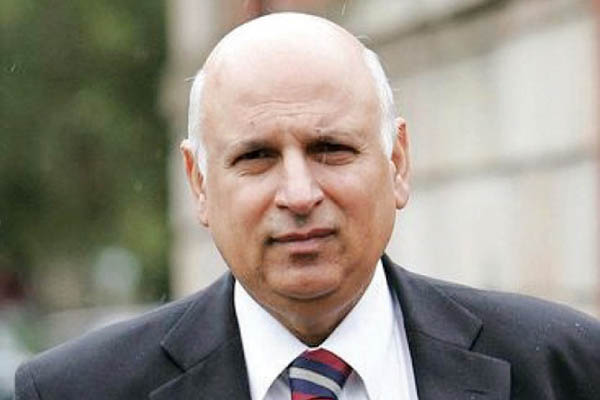 Britain’s first Muslim M.P. has surrendered his British nationality for the position, according to officials.

Mohammad Sarwar was on Monday sworn in as governor of Pakistan’s most populous province, an official report said.

Sarwar, who served as a member of the British Parliament from 1997-2010, has become the new governor of Punjab and is considered a close confidante of Prime Minister Nawaz Sharif.

Following a ceremony in the province’s capital Lahore, Sarwar said: “I have come to Pakistan with a heavy heart, leaving behind a companionship of 35 years in England but my heart beats for Pakistan.”

Sarwar said a collective effort was needed to face the challenges of poverty, unemployment, low literacy, inadequate health facilities, and terrorism, according to the state-run Associated Press of Pakistan.

He “expressed resolve that the government would send one million children to school in order to overcome poverty,” the agency quoted him as saying.

Officials said Sarwar, who was a Labour M.P. in Glasgow, had surrendered his British nationality to take up the top job in Punjab.

He will have no executive powers, as the post is ceremonial.

More than 55 percent of Pakistan’s 183 million population lives in Punjab province, which covers 26 percent of the country’s landmass.

It is home to several militant and sectarian groups. Former governor Salmaan Taseer was shot dead by his bodyguard outside an Islamabad coffee shop in January 2011.

Sharif won a commanding general election victory in May, which marked the first time a Pakistani civilian government completed a full term in office and handed over to another at the ballot box. But his government faces an uphill task, with a stagnant economy, a debilitating energy crisis, and complicated relations with the United States over drone attacks targeting Taliban and Al Qaeda operatives.