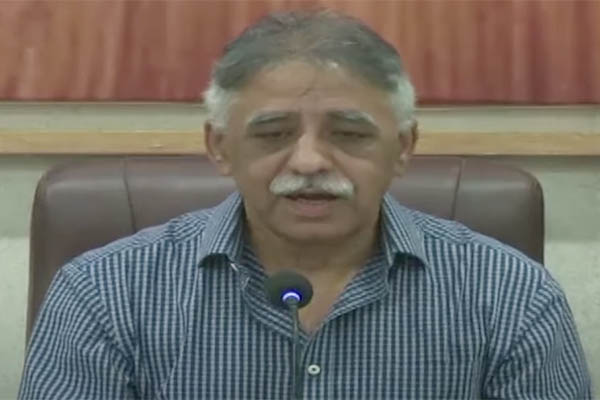 The Pakistan Muslim League (Nawaz) on Monday announced the appointment of former Sindh governor Mohammad Zubair as a spokesperson for party chief Nawaz Sharif and his daughter Maryam Nawaz.

In a statement posted on Twitter, spokesperson Marriyum Aurangzeb said that the party had also formed a spokespersons’ committee under the chairmanship of the party’s central spokesperson and information secretary. The committee would include PMLN stalwarts Dr. Mussadiq Malik, Mohsin Ranjha, Talal Chaudhry, Uzma Bokhari and Ataullah Tarar as its members, it added.

Zubair’s appointment to the spokesperson post comes within weeks of Pakistan Army spokesman Maj. Gen. Babar Iftikhar confirming to media that the former had met Army chief Gen. Qamar Javed Bajwa twice in August and September. The ISPR official claimed that political and legal woes of Sharif and his daughter had come up for discussion during these meetings.

In his clarification, Zubair said that while the two party leaders’ situation had been discussed, he had never asked for any relief from the military. He said that he had met the Army chief in their capacity as family friends, adding that he had clarified during the meeting that the PMLN leaders had not told him to arrange any meeting on their behalf.

Zubair, the brother of PTI leader Asad Umar, served as the 32nd Governor of Sindh from February 2017 to July 2018.

During a media briefing on Monday, he condemned the government’s efforts to brand the opposition, especially PMLN leaders, as “traitors” and urged for an end to this practice of labeling political opponents “enemies of the state.” He also stressed that Sharif continued to enjoy the support of millions of Pakistanis and had no reason to ever seek the support of any foreign entity.