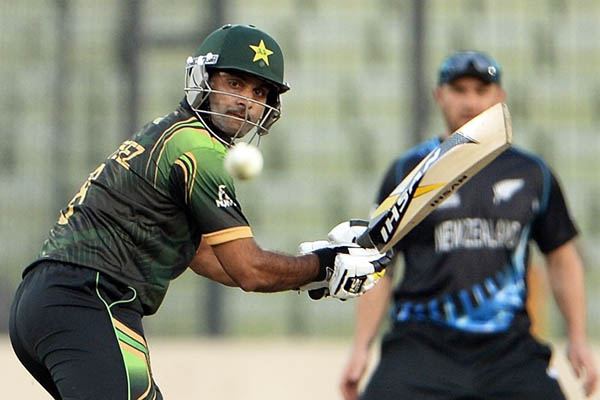 All-rounder allowed to play at international level again after being banned for one year in July 2015.

All-rounder Mohammad Hafeez was cleared to bowl at the international level on Wednesday, more than a year after his ban, cricket’s world governing body said as tests found his action was within allowed limits.

The 36-year-old was banned from bowling for one year in July 2015 after his action was deemed illegal in a Test in Sri Lanka a month earlier. But on Wednesday the International Cricket Council (ICC) said Hafeez is now eligible to bowl in international matches.

“Following remedial work and reassessment [in Brisbane in November], the bowling action of Hafeez has been found to be legal, and the player can now resume bowling in international cricket,” the body said in a statement.

Hafeez told AFP he was “very happy” with the decision. “I was missing my bowling in international matches and this clearance was very important for me as I can now contribute as an all-rounder,” he said.

ICC regulations allow bowlers to bend their bowling arm by 15 degrees, but anything beyond that is deemed illegal. Hafeez was first reported for illegal action in November 2014 and was suspended after a bowling test. He was cleared in April last year, but despite remedial measures his action was reported for a second time in June 2015. Under ICC rules if a bowler is reported twice within two years he is banned for 12 months.

Pakistan’s one-day performance slid after Hafeez and fellow spinner Saeed Ajmal were reported in 2014, with the team plummeting to ninth in the one-day rankings. Although Ajmal was cleared to bowl last year, he lost his wicket-taking ability and has not been selected for the Pakistan team since May 2015.

Hafeez lost his Test place after a poor showing in the three Tests in England this year, managing just 102 runs in six innings. He was also dropped from the Twenty20 and one-day sides for the series against West Indies in September-October in the U.A.E., and was not selected for the current tours of New Zealand and Australia.

But with his action cleared Hafeez may regain his one-day place for the five-match series in Australia, which follows the three Tests in January next year.

Pakistan will start the Test series in Australia in Brisbane from De. 15.