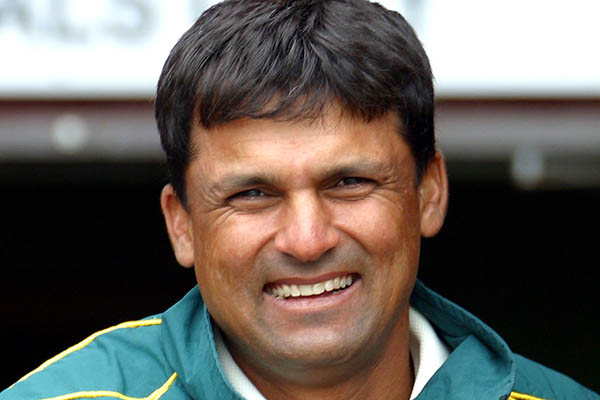 Former cricket captain Moin Khan on Monday was appointed as chief selector of the Pakistan national team, a post he said he took on as a challenge.

The 41-year-old takes over from Iqbal Qasim, who stepped aside earlier this month in a move seen as a reaction to the team’s miserable performance in the Champions Trophy in England. The Pakistan Cricket Board said Khan held discussions with interim chairman Najam Sethi and accepted the role. “Former captain and wicketkeeper Khan will take over as chief selector while the rest of the members of the committee will remain the same,” a PCB release said.

Moin Khan said he accepted the role as a challenge. “It is an honor and a privilege to be offered the position of chairman of the national selection committee—a position held by many greats in the past and most recently by legendary spinner Qasim,” he was quoted as saying in the release.

Khan played 69 Tests and 219 one-day internationals for Pakistan in 1990s and was also a member of World Cup-winning team in 1992.

“I have accepted this as a challenge and I am glad that the PCB’s and my own vision correspond in terms of preparing a pool of talented cricketers who can mount an effective challenge in the 2015 World Cup.”

No tenure has been announced for Khan’s post under an interim PCB setup which took over after chairman Zaka Ashraf was suspended due to complaints about his election in May this year. Last week the Islamabad High Court ordered Sethi to hold elections for the PCB chairman within 90 days.