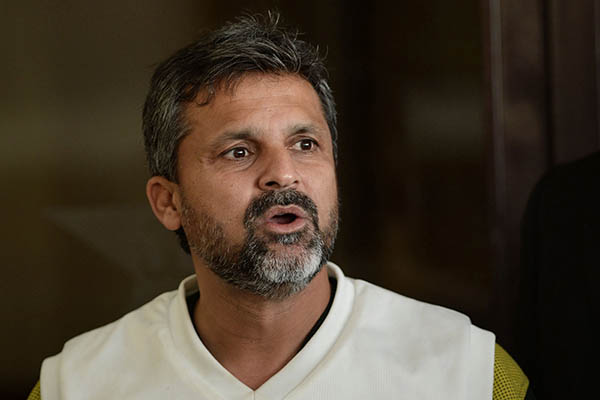 Chief selector for Pakistan national team had visited a casino in Christchurch shortly before the team’s loss to West Indies.

Pakistan’s cricket chiefs on Tuesday summoned the chief selector home from the World Cup as they investigate reports he visited a casino shortly before the team’s disastrous loss to the West Indies.

The Pakistan Cricket Board (PCB) launched a probe on Monday as claims surfaced that Moin Khan had been seen in a casino in the New Zealand city of Christchurch shortly before Saturday’s 150-run defeat.

PCB Chairman Shehryar Khan told reporters Moin Khan had been recalled to account for himself in person. “Moin told me that he had gone to casino for a meal with his wife and his friend and friend’s wife. I have asked him to return and explain his position to the enquiry committee,” he said. “Pakistan team manager Naveed Cheema will chair the tour selection committee [from now onwards].”

Khan’s presence at the World Cup had been criticized by a number of former players, who said it was unnecessary and a waste of money to send him to Australia and New Zealand for the event.

Pakistan crumbled to 160 all out chasing the West Indies’ 310-6 in Christchurch on Saturday, losing their first four batsmen for just one run, to add to the anguish of their opening defeat by India. Fans in Multan held a mock funeral for the national team after the defeat, which left them rooted to the bottom of Pool B.

Pakistan will hope to kick-start their tournament when they take on Zimbabwe in Brisbane on Sunday.

Khan was a member of Pakistan’s only World Cup-winning team when the tournament was last played in Australia and New Zealand 23 years ago. He also skippered Pakistan between 1998-2001.