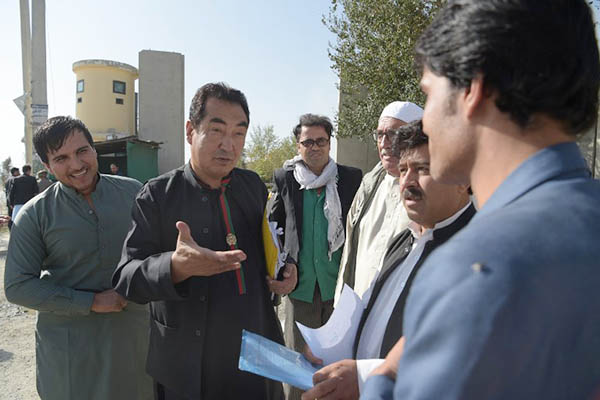 Afghan men and boys as young as 14 are signing up to fight on the promise of money and legal residency in Shia-dominated Iran, Assad’s regional ally, according to Human Rights Watch (HRW).

Since 2013 the Afghans, including undocumented migrants living in Iran, have joined the Tehran-backed Fatemiyoun division fighters in Syria, said HRW and ex-members who spoke to AFP on condition their real names were not used. “For me it was just about money,” said Shams, a former fighter.

The 25-year-old, a member of the Hazara ethnic group, went to Syria twice in 2016 to fight in a conflict that has now been raging for more than six years. “Whoever I saw was going for money and to have free entry to Iran. I never saw anyone fighting for religious reasons,” said Shams, who now lives in the Afghan capital Kabul.

The withdrawal of U.S.-led NATO combat troops at the end of 2014 drained the Afghan economy and left many people out of work, fueling the flow of migrants into Iran in search of a better life.

In this desperate pool Iranian recruiters targeted Shias to swell the ranks of Fatemiyoun soldiers, who HRW says fight alongside Syrian government forces. “I went there [Iran] because I was jobless and it was a way to get money for my family,” said Shams. “My idea was to find a job in Iran. I had no plan to go to fight in Syria but after a month of being jobless I decided to go. They were encouraging us saying ‘you will be a freedom fighter and if you return to Iran alive you can stay with a 10-year residence permit.’ But my main goal was to earn money.”

Afghan Shias are given 1.5 million toman (about $450) to register at a recruitment center for the Fatemiyoun, Shams said. Once they have signed up they receive three million toman a month, a fortune for many poor Afghans.

Shams’ first mission was in June 2016 in the Syrian capital of Damascus, where he was assigned to protect a barracks for two months. He went back to the country in September and was deployed to Aleppo, where he was given his first AK-47 after receiving rudimentary weapons training from Iran’s Revolutionary Guards.

On the front line of the battle between Islamic State militants and the Al-Nusra Front jihadist group, Shams said he found himself caught up in an intense and deadly battle. “In Aleppo we faced an ambush—out of 100 fighters we lost almost all of them. There were 15 of us left alive,” Shams said. “The bodies were sent back to Iran and the families in Afghanistan held funeral ceremonies in mosques without a coffin or grave.”

Ali Alfoneh, a senior fellow at the Washington-based think tank Atlantic Council, estimates more than 760 Afghans have been killed in Syria since September 2013. Another man who fought in Syria in 2014 when he was 17, said it was not just Afghans in Fatemiyoun. “There were also Pakistanis, Iraqis—all the Shias,” he told AFP. “We were mixed up with the Arabs, we didn’t understand their language.”

HRW says the Iranians refuse to provide accurate figures, but estimates there are nearly 15,000 Afghans fighting for Fatemiyoun. “They are used by the Iranian government, which treats them like slaves,” said Ramazan Bashardost, a Hazara member of parliament in Kabul. “The sorrow, pain and hunger of the people is not a major concern of the Afghan government.”

Afghanistan’s foreign ministry called on Iran in October to stop sending young Afghans to Syria after the HRW report condemning the recruitment of minors. But preventing Afghans from volunteering will not be easy.

“Money and the prospect of a guaranteed residency for your family in Iran are major draw cards,” said Shuja.

Shams returned to Afghanistan after pleas from his family and he now hopes to buy a shop. He has no intention of going back. “I would never advise anyone to go there if he has a job here,” he said.