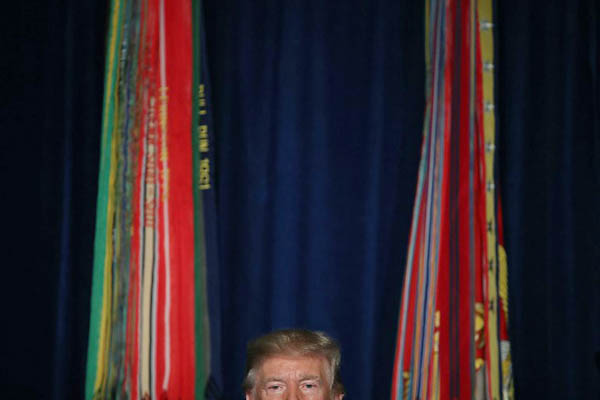 More countries could be hit with tough travel restrictions to the United States after the ban on people from six mainly Muslim countries expires from Sunday, Trump administration officials hinted on Friday.

White House and Homeland Security officials said that after a 50-day review, they had identified a number of countries that could not or were not willing to meet U.S. standards for identifying potential terror threats.

President Donald Trump, whose initial measures against the six countries were blasted as an effective “Muslim ban,” has yet to make a final decision on which nations will make the new list for much-restricted issuance of U.S. visas, they said. The officials refused to identify the countries or give a number.

But they said the new presidential order will implement a “spectrum” of measures that could range from just tougher vetting of applicants—like demanding access to their cellphones and social media accounts—to a full, open-ended travel ban.

“Our enemies and our adversaries are dead set on exploiting our defenses to enter our country and we’ve got to do everything possible to keep nefarious actors out,” said Miles Taylor, counselor to the secretary of homeland security. “The goal here is not to indefinitely block certain nationals from coming to the United States. The goal is to protect Americans until foreign governments do comply with our standards and no longer pose a risk to the welfare and the security of the United States.”

That left the way ahead murky for citizens of Syria, Iran, Libya, Somalia, Sudan and Yemen, who have been blocked from obtaining U.S. visas since the ban began at the end of June. According to a Wall Street Journal report, the new list could possibly have eight or nine countries on it, including some if not all of the six currently affected.

The ban—which initially included Iraq and was accompanied by a 120-day block on all refugees—sparked a political uproar when Trump announced it on Jan. 27, a week after becoming president. It came after he had repeatedly promised in last year’s election to block Muslims from the United States.

The ban was frozen by courts after a weekend of chaos at airports and a barrage of lawsuits by immigration advocates and civil liberties groups. The administration’s stated reason was national security: the need to ensure the six countries have adequate vetting procedures for travelers, to prevent terrorists from entering the country. But critics argued successfully in court that it was unconstitutional because it targeted a single religion.

Five months of legal wrangling led to a Supreme Court ruling on June 26 that permitted the government to implement a narrower version of the original ban, while putting off a full review of its legality until Oct. 10.

In the meantime, the Department of Homeland Security undertook a 50-day review of some 17 countries seen as deficient in establishing the identities of their own people, cooperating on terror threat information, and other security issues. “What this is really about is, ‘Can we validate their identity?’” Taylor said.

While it was rolled out badly and poorly justified, the original ban gave the government “breathing room” to review global risks and establish a security baseline by which to measure other countries. During the review, Taylor said, “We were actually able to get some of those who were non-compliant to be compliant.” Others however “were willfully noncompliant and unwilling to engage with the United States.”

Raj Shah, White House deputy press secretary, would not say when Trump would make a final decision on the replacement to the travel ban. He also could not say what would happen in the six countries if a decision were not made before the ban expires.