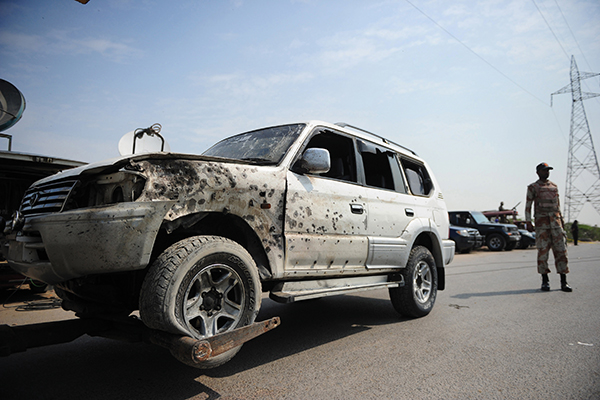 Islamabad was adamant. Despite terror acts owned and disowned by the Pakistani Taliban, ‘peace’ talks with them would continue. But less than two weeks into the dialogue, the fool’s-errand initiative is in serious trouble. On Feb. 16, the militant group’s franchise in Mohmand tribal agency declared they had killed 23 paramilitary troops from the Frontier Corps. The men had been abducted in 2010. The massacre aimed at avenging the deaths of “our imprisoned comrades by the Pakistani intelligence agencies,” the group said. Facing national outrage over the government’s policy of abject appeasement, Prime Minister Nawaz Sharif termed the act “heinous.” The official talks committee cancelled their meeting with Taliban interlocutors. Two days later, Sharif recommitted to the talks, but demanded the Taliban declare a ceasefire first. Even if one is announced, it’s unlikely to end the violence. And with each new terror attack, pressure on Sharif and for a full-scale military operation will only further rise.