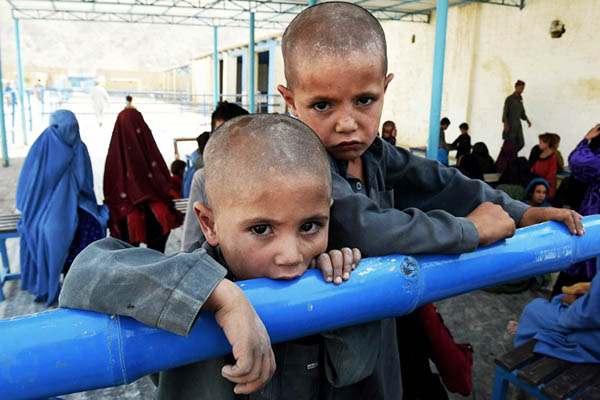 Afghanistan’s refugee crisis has lasted 35 years, with numbers reaching over six million at its peak, and with 2.6 million still registered in 70 different countries. An equal number are likely unregistered. Describing the crisis as “the world’s largest protracted refugee situation,” U.N. refugee chief Antonio Guterres urged the world to “refocus on a situation that is no longer getting the attention it deserves.”

“To ignore Afghanistan would be a dangerous mistake, regardless of the urgency and scale of other, newer crises,” he told UNHCR’s annual Executive Committee meeting, urging the international community to provide “significantly more support” to efforts toward voluntary and dignified repatriation.

He hailed Afghan President Ashraf Ghani for progress made over the past year to help Afghan refugees move home, pointing out that 54,000 had returned so far this year—almost as many as during the previous two years combined.

Since 2002 more than 5.8 million Afghans have returned home, and today, one in every five inhabitants in the country is a former refugee, he said.

Ghani also addressed the gathering in Geneva via video-link from Kabul, pleading for global cooperation to help resolve the Afghan refugee crisis, “this most horrific problem of our times.”

Both men acknowledged that the situation remained “challenging” in Afghanistan, which has been shaken in recent days by the Taliban’s brief capture of Kunduz and a deadly U.S. airstrike on a hospital in the northern city. Around one million people meanwhile remain displaced inside Afghanistan, and Afghans account for nearly 15 percent of the refugees and migrants who have arrived by boat in Europe this year.

Yet Guterres stressed the need to speed up the voluntary repatriation of Afghan refugees. “At a time of record new displacement elsewhere in the world, it is clear that gradually resolving old crises is absolutely crucial to avoid becoming entirely overwhelmed with the new ones,” he said. “The effective and sustainable return to Afghanistan is fundamentally important in the effort to stabilize the entire region,” Guterres said.

He also called for more international support to the main host countries, Pakistan and Iran, which between them count 2.5 million registered Afghan refugees and an estimated 2.0 million who are not registered.

His views were echoed by Pakistani Minister for States and Frontier Regions Abdul Qadir Baloch, who stressed his country’s commitment to help the Afghan refugees, but warned that “the protracted refugee situation has induced refugee fatigue in the host communities.”