Home Lightbox More to the Story

More to the Story 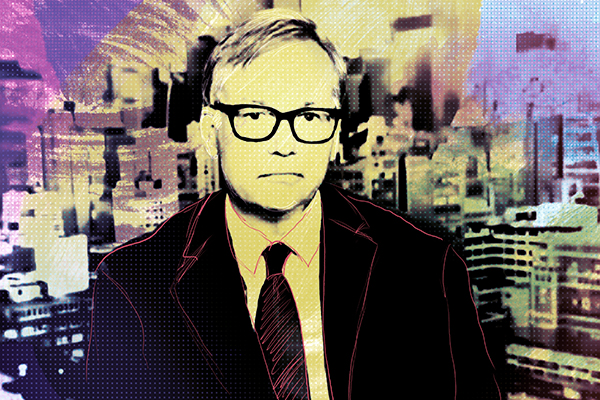 Steve Coll, dean of Columbia University’s journalism school, is currently working on the sequel to Ghost Wars—his book on Afghanistan and the U.S.-led war on terror—which won the 2005 Pulitzer Prize for General Nonfiction. We caught up with Coll recently in New York to discuss Afghanistan, Pakistan and more. Excerpts:

What does the national-unity agreement between Ashraf Ghani and Abdullah Abdullah mean for Afghanistan’s stability?

The fact that this agreement was reached is a signal that Afghan elites, even when they are in the midst of deep disagreements, see it in their existential interest to remain united. This agreement was not reached because the parties have a great deal of trust or affection for one another; it was reached because both understood that the alternative was much worse. We have a generation of Afghans who have a living memory of what the 1990s were like, and nobody wants to go back. So that is the glue, but the forces pulling at it are also very powerful.

Are the Afghan Taliban capable of launching an Islamic State-like insurgency there?

I.S.’s capability is a function of their access to oil, tax, and extortion revenue that is estimated in millions of dollars a day. The Taliban don’t have those kinds of resources. They also don’t have the kind of professional capabilities that I.S. has been able to attract from defecting Iraqi and Syrian army officers. They have oil engineers and talented people because the Sunni population they are drawing from is alienated from the Iraqi and Syrian governments. The Taliban are much more isolated within the Pashtun-speaking population fighting terrorism … The Taliban are a weaker group, but the trouble is that the Afghan security forces are also still developing and are relatively weak as far as national armies go.

What’s the likelihood of the Afghan and Pakistani Taliban uniting?Both groups are internally diverse, so to even speak of them as a single unit is complicated. The Afghan Taliban are perhaps more unified and coherent than the Pakistani Taliban. But there is a nexus of likeminded, radical armed groups along the Afghan-Pakistan frontier, in southern and eastern Afghanistan, Balochistan, Karachi, and certainly in Khyber-Pakhtunkhwa that, if you ended up with a truly ethnic war in Afghanistan, could fuse in a cooperative cause. This could strengthen the insurgency inside Pakistan, which is what the Pakistani government rightly worries about.

Pakistan launched Zarb-e-Azb in North Waziristan in June. Has this military operation succeeded in weakening the militants?

Clearly some of the violence in Pakistani cities was linked to a very specific network of Uzbek and other international militants who were cooperating with locals. The operation has hurt that network and does seem to have prevented those groups from carrying out the kind of sustained, spectacular attacks that we saw. Their ability to really mount an insurgency of the sort that the country was struggling with in 2009 and 2010 seems much diminished.

How do you see the operation panning out?

Stabilizing an area where militants were so deeply embedded in the social fabric, where they intimidated or executed so many of their own local opponents, is a long, expensive and zigzaggy project. My sense of the Army is that they really were almost surprised by their success in South Waziristan, which is in a reasonably stable position. The Army has been able to complete projects there and either buy off or defeat or expel insurgents so that the level of violence is manageable. There’s a sense of a long-term project in South Waziristan, and I think that gave them the model they brought to North Waziristan. Ultimately, something has to be done to bring the federally-administered tribal areas into mainstream national life, and this is a beginning. It’s a little bit military-led; it would be better if there were a political strategy, but the truth is that in such places there is no basis for peaceful politics until you clear them.

The circumstantial evidence raises a lot of questions about who knew what and when they knew it. I don’t see any convincing, affirmative evidence that the Army knew. I accept that the circumstantial case is strong, but it’s not definitive. If you look at the papers that were found [at bin Laden’s compound] and all of the other available evidence, there isn’t anything that would allow you to win a trial on the evidence. The initial story about what really happened during his long stay [in Pakistan] is only part of the story. There’s got to be more to it.

Do you believe Ayman al-Zawahiri is in Pakistan?

I assume so, although I don’t see the incentive [for Pakistan] to harbor him. He’s not that important a figure on the world stage. He’s trying desperately to be relevant in the era of I.S., but Al Qaeda is no longer the most important organization of this ideology in the world. In Pakistan, bin Laden was an exception—although we don’t really know the whole story of how he was found. If you look at other examples, like Khalid Sheikh Mohammed or Ramzi Yousef, how did they get caught? Somebody takes the reward money. There’s a huge pile of reward money out there for Zawahiri, and somebody’s going to know somebody who knows somebody who knows somebody. The infrastructure in which he’s hiding is vulnerable, and eventually someone is going to sell him out and live in Arizona with millions of dollars.

What’s your read of the ongoing antigovernment protests in Pakistan?

I was there in June when they killed the Pakistan Awami Tehreek workers in Lahore. It’s remarkable that sections of the Pakistani middle class continue to mobilize and demand change. But they have very weak symbolic leaders of this movement, unfortunately. I never believed that the government would fall or that the Army would intervene as a result of these protests. But their recurrence is a symbol of an unresolved aspiration, particularly coming out of Lahore and the Punjab and urban areas, where you have this new generation of young voters and activists and they want better politics. I don’t think the protests have the strength to topple the government. The fundamental claim that Imran Khan has made, that the elections were rigged, is unpersuasive … That he’s demanding the immediate resignation of the prime minister before any empirical investigation isn’t a healthy way to proceed.

How severe a threat does I.S. pose to the West?

The threat is really more demographic right now than it is active plotting or even announced intent. There are thousands of European citizens and some dozens of Americans who have joined this group and become infused with its ambitions. You’ve already seen some attacks in Europe, and just the sheer numbers virtually guarantee that there will be some more small-scale attacks. But I.S. is regionally focused and sectarian in its priorities. They are trapped in a civil war … and are much more focused on the Alawites and the Shia than they are on New York City.