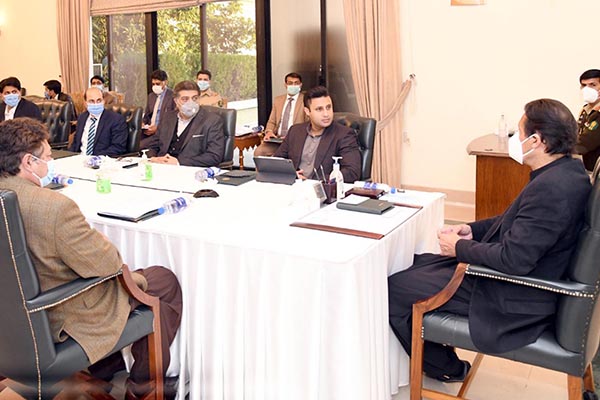 Chairing a meeting of the National Coordination Committee on Tourism in Islamabad, he directed officials concerned to restore tourist sites to their original conditions by removing encroachments, boosting cleanliness, and allowing construction only within approved layouts.

According to a statement issued by the Prime Minister’s Office, Khan also directed for the construction of chairlifts or walking tracks in all major tourist spots to reduce the use of cars and encourage the preservation of natural beauty. He said legislation should be framed for timely resolution of all issues.

In addition to the prime minister, Special Assistant to the P.M. for Overseas Pakistanis Zulfikar Bukhari, Khyber-Pakhtunkhwa Chief Minister Mahmood Khan, Adviser to Punjab Chief Minister Asif Mahmood, and the chief secretaries of all provinces, as well as Gilgit-Baltistan and Pakistan-administered Kashmir, attended the meeting.

The meeting’s participants were briefed on the Punjab government’s steps to upgrade the Taxila and Lahore museums; develop Gurdwara Panja Sahib with the financial assistance of the World Bank; reopen Attock Fort to tourists; remove garbage from all major sites; and launch mobile apps for 511 government-designated tourists spots.

The Government of Khyber-Pakhtunkhwa said it had outsourced 144 official residences for tourism; dismantled encroachments at major tourist sites; developed new tourist spots; and extended loan facility to locals for the construction of hotels for tourists. Gilgit-Baltistan and Pakistan-administered Kashmir also updated the prime minister on the steps being taken by their administrations to promote tourism.

The Sindh government, meanwhile, said it had initiated the geo-mapping of 868 tourist spots; made arrangements for Thar Desert safaris; and taken steps to promote tourism at Kenjhar Lake. The meeting was also briefed on the construction of five beach parks and different steps for promotion of tourism in Balochistan.

Prime Minister Imran Khan has, since assuming office, maintained that promoting tourism is among his government’s top priorities, seeing it as a means to boost the country’s economy.

Tourism, as an ‘industry’ is known to contribute to various sectors of the economy, which are the hospitality sector, the food industry, transportation including air, road, and water transport, tour agencies, cultural events and activities, recreational activities, trade and lastly, area-specific tourism activities.

Thanks for spreading tourism of Pakistan all over the world. Pakistan has a great traditional culture history.