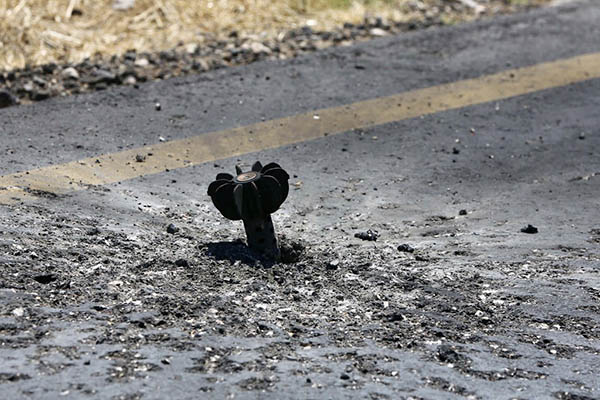 Seven children were killed and 10 more wounded on Sunday when an unexploded mortar shell blew up in eastern Afghanistan, an official said.

The incident appears to be the latest instance of discarded ordnance claiming civilian lives, in a country littered with landmines, homemade bombs and old shells.

Assadullah Dawlatzai, the Laghman governor’s spokesman, said the circumstances around how the children found the mortar and why it exploded were under investigation. All the victims were below the age of 15, he said.

Abdul Marouf Jalili, the head of the Laghman provincial hospital, said seven bodies and 10 wounded victims had been brought to the facility. He confirmed all were children.

The blast occurred on the outskirts of Mehtarlam, the capital of Laghman province, east of Kabul.

The United Nations Mine Action Service recently said that in 2017, about 150 people each month were killed or wounded in Afghanistan by mines and so-called explosive remnants of war. Curious kids often pick up the devices.

While many landmines come from the Afghan-Soviet war in the 1980s and the civil war in the 1990s, casualties have increased from homemade bombs as a result of the intensifying fight between the Afghan government and the Taliban.