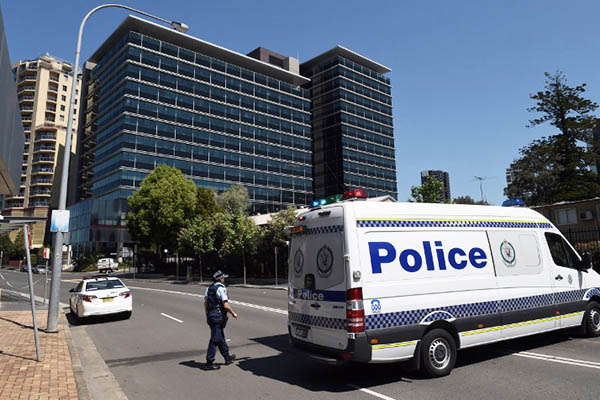 An Australian mosque reportedly visited by a 15-year-old boy before he shot dead a civilian police employee in an “act of terrorism” has been raided, police said Sunday.

New South Wales state police said the mosque in the western Sydney suburb of Parramatta—close to the scene of the double shooting on Friday afternoon—was raided with the consent of religious leaders.

“NSW Police yesterday executed a warrant at a mosque in Parramatta,” police said in a statement Sunday. “The warrant was undertaken by arrangement with leadership at the mosque who provided full assistance to police at all times.”

The 15-year-old gunman, who killed finance worker Curtis Cheng at close range outside the police force’s headquarters before he was shot dead by officers, visited the mosque before the shooting, according to the Australian Broadcasting Corporation (ABC). Investigators have yet to establish why the teenager—who has no criminal history—targeted 58-year-old Cheng, although Prime Minister Malcolm Turnbull said Saturday the attack “appears to have been an act of terrorism.”

Police did not provide further details about the mosque raid. The Sydney Morning Herald reported that investigators were searching for the boy’s belongings but had left empty-handed.

Senior police sources told the ABC the teenager’s sister went missing Thursday and boarded a Singapore Airlines flight to Istanbul, adding that she could be bound for Iraq or Syria.

Foreign Minister Julie Bishop would not comment on the report of the girl’s travels, but said Australian federal and state governments were in talks with Muslim communities after the boy was identified as being of Iraqi Kurdish background and born in Iran. “Yesterday, Prime Minister Turnbull and [NSW] Premier Mike Baird had a long conversation with not only… relevant agencies but also leaders in the Muslim community,” Bishop told the ABC on Sunday. “We’re certainly reaching out to the leaders of the Muslim community but working with the families at a grassroots local level. It’s the families that will be our frontline of defense against radicalized young people.”

Cheng’s wife Selina, son Alpha and daughter Zilvia said in a joint statement they were “deeply saddened and heartbroken” that the “most loved husband and father” was taken from them. “My father was a kind, gentle, and loving person,” said the statement released by police on Sunday. “He was humorous, generous of heart and always put the family first. He has set a tremendous example for us as a family.”

NSW Police Commissioner Andrew Scipione Saturday described Cheng, who had worked for the force for 17 years, as a “gentleman in every sense” and “admired and respected by his colleagues.”