Most Americans Pessimistic About Race Relations 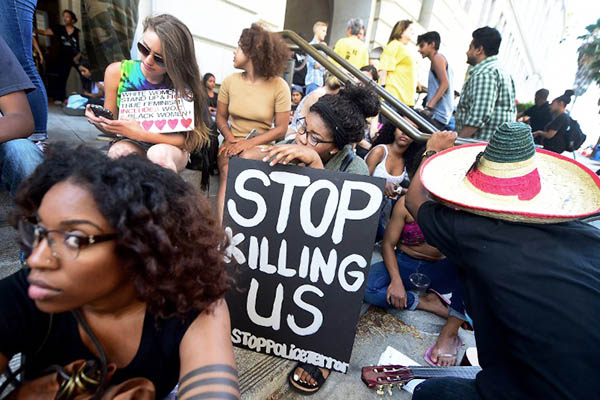 Poll finds majority of U.S. citizens believe next president should focus on improving race relations in the country.

An overwhelming majority of Americans think the next president should place “major” focus on improving U.S. race relations, which most see as “generally bad.”

The Washington Post/ABC News poll released on Saturday was taken shortly after the mass shooting of white police officers by a black sniper that followed two high-profile shooting deaths of black men at the hands of police.

The national concern over race may benefit presumptive Democratic nominee Hillary Clinton in her bid for the White House.

Some 58 percent of respondents said they trust her to handle the issue, versus 26 percent who have confidence in her Republican rival Donald Trump, who has gained a reputation for racially divisive rhetoric on the campaign trail.

The poll also found that 63 percent of adults say race relations are generally bad, while 55 percent say they are worsening.

Just a third of respondents said relations are good, and only one in 10 said they were improving.

In light of the recent spate of violence, President Barack Obama has made repeated calls for racial unity. “The deepest fault lines of our democracy have suddenly been exposed, perhaps even widened,” the president said at a Dallas, Texas memorial for the slain policeman. “I’m here to say we must reject such despair. I’m here to insist that we are not as divided as we seem.”