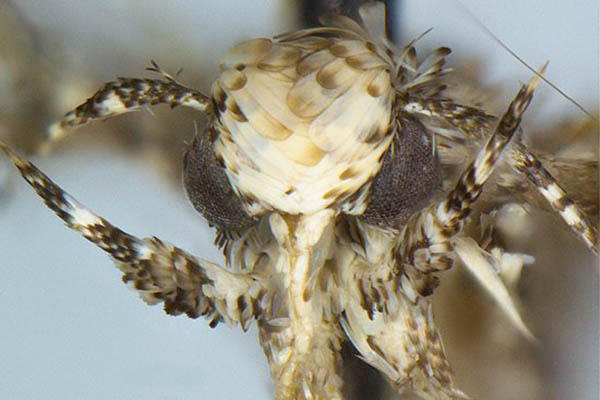 A tiny moth has been named after Donald Trump partly because of its distinctive ‘hairdo,’ which resembles that of the president-elect.

The minuscule creature, Neopalpa donaldtrumpi, was discovered by Canadian scientist Vazrick Nazari who said he was struck by the resemblance of the golden scales on the head of the moth to Trump’s signature hairstyle. He said he also named the new species, which measures about 0.4 inches, after the incoming president to focus attention on ecological issues.

“The reason for this choice of name is to bring wider public attention to the need to continue protecting fragile habitats in the U.S. that still contain many undescribed species,” Nazari wrote in a review of the species published on Tuesday.

The newly discovered moth, the first animal to bear Trump’s name, is native to southern California but its habitat extends to Baja California in Mexico.

According to Live Science, President Barack Obama has had nine species named after him, more than any other U.S. president. They include a coral reef fish native to Hawaii and a trapdoor spider.