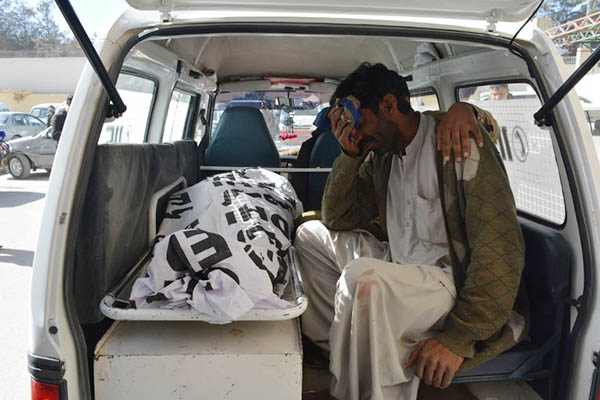 A mother and daughter polio vaccination team were gunned down on Thursday in Quetta as they were immunizing children, police said, the latest deaths in Pakistan’s long campaign against the disease.

The duo were killed in a neighborhood on the outskirts of the city, capital of restive Balochistan, Pakistan’s largest and poorest province. “Sakina Bibi, 38 and her daughter Rizwana Bibi, 16, were killed by unknown assailants while they were administering polio drops to children,” said senior police official Aitzaz Ahmed Goraya. He said the pair was on the fourth day of a five-day anti-polio campaign.

“Previously we used to have police personnel providing security to polio workers but we changed it a few months back as it was drawing attention,” Aitzaz said. “Now we assign polio workers their own neighborhoods and don’t give them security,” he added.

Nobody claimed responsibility for the incident but Taliban militants have attacked polio workers in the country in the past. More than a hundred people have been killed in such attacks since December 2012.

Islamist opposition to all forms of inoculation grew after the CIA organized a fake vaccination drive to help track down Al Qaeda’s former leader Osama Bin Laden in Abbottabad. He was killed there by U.S. forces in 2011.

Pakistan is one of only two countries in the world where polio, a crippling childhood disease, remains endemic. Despite the attacks, it hopes to be removed from the list of polio-endemic countries by 2018 by achieving its goal of no fresh cases for a year.

In a separate incident, two policemen were gunned down and a third was critically injured as they were riding a motorbike on their way to the police station in Quetta, Aitzaz said. The incident occurred in the center of the city when assailants riding on a motorbike opened fire on the policemen.