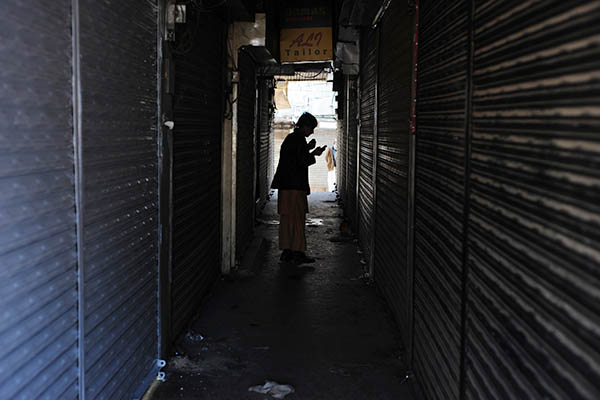 Cleric alleges Salma claimed to be a prophet in a pamphlet she distributed in Lahore.

Police have arrested a mother of four on blasphemy charges after she allegedly called herself a prophet of Islam, police and a cleric said Tuesday.

The woman was arrested in Lahore, capital of the Punjab province where a serving governor was shot dead in 2011 for suggesting reforms for the blasphemy law.

“There is no direct claim of prophethood in the pamphlet, however, the complainant accuses her of it,” Aziz said.

Muslims believe Islam’s Prophet was the last messenger of God.

Blasphemy is an extremely sensitive issue in Pakistan, where 97 percent of the population is Muslim, and insulting Islam’s Prophet can be punished by death under the country’s penal code. Even unproven allegations can provoke a violent public response, and critics say the law is often used to settle personal scores.

According to police, the cleric and the woman appeared to have argued over the distribution of food provided by charity in their area.

Raza, the cleric, claims that Salma had been criticizing the local clerics and they had urged her to stop but she refused. He added that she distributed the pamphlet containing the alleged blasphemy on Monday, after which he and other imams called the police.

“She has claimed to be a prophet and deserves the death penalty under Pakistani law,” Raza said, adding that the woman was mentally fit and taught mathematics to schoolchildren.

Residents in the area said that Salma’s family had fled from their home, adding that she became deeply religious after going on a pilgrimage to Mecca three years ago.

The mother-of-four is also a principal of a private school according to police, who have requested she undergo a psychological examination.

Rimsha Masih, a Christian girl who was arrested for alleged blasphemy last year fled to Canada with her family in June after charges against her were dropped. In 2011, Punjab governor Salmaan Taseer and minorities’ cabinet minister Shahbaz Bhatti were assassinated for demanding that the blasphemy law be reformed.

Aasia Bibi, a Christian mother of five, remains in prison after being sentenced to death in November 2010 after another women claimed she had made derogatory remarks toward Islam’s Prophet.