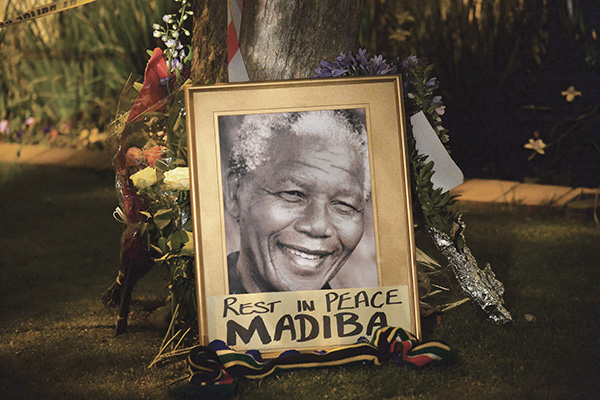 Nelson Mandela, the 95-year-old Nobel Peace laureate, who was elected South Africa’s first black president and spent nearly three decades in jail, died late Dec. 5 at his home in Johannesburg, prompting mass mourning as flags flew at half mast in several countries across the world. In his home nation, hundreds held an impromptu vigil outside his house as an emotional President Jacob Zuma announced: “Our nation has lost its greatest son. Our people have lost a father.” Zuma said Mandela would receive a full state funeral and later announced a national day of prayer and reflection to mark the life of Prisoner 46664. Mandela was arrested in 1962, a year after he joined the armed wing of the then-banned African National Congress. Initially punished with five years in prison, his sentence was increased to life imprisonment in 1964. During the trial, he laid out the manifesto that would become the cornerstone of the antiapartheid movement. “I have cherished the ideal of a democratic and free society. It is an ideal for which I am prepared to die.” In 1990, he was finally released. Four years later, he became the president of the first multiracial government in South Africa. Today, he is remembered for changing the face of the world with his dream of a “Rainbow Nation.” Pakistan’s President Mamnoon Hussain attended the funeral.