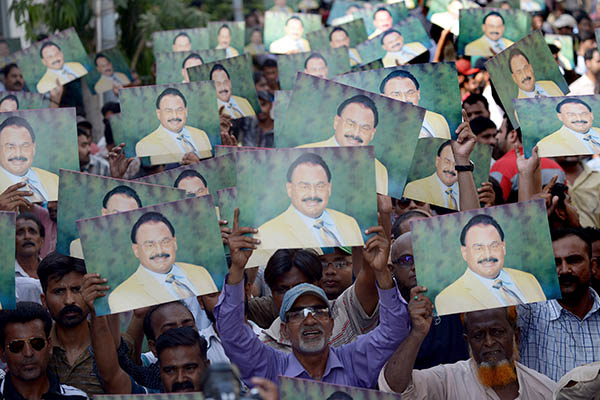 Opposition party was forced to respond to anti-state allegations after a report broadcast by BBC.

The Muttahida Qaumi Movement on Wednesday denied claims made in a BBC report that it had received money and military training from India.

The BBC, citing an “authoritative Pakistani source,” said members of the MQM, which has its power base in Karachi, had received military training at camps in northern and northeastern India over the past 10 years.

The party vehemently denied the allegations. Claims of collusion with India, which is regarded with deep suspicion and hostility by many Pakistanis, can be highly damaging. “The MQM has rejected all the allegations leveled in the BBC report, and is a patriotic party that believes in a unified and stable Pakistan,” the party said in a message on its website.

The BBC report said MQM members had admitted receiving the aid during formal interviews with the British authorities. The Metropolitan Police are currently investigating the MQM over money-laundering after a huge quantity of cash was reportedly found at party offices and leader Altaf Hussain’s home in London.

The MQM, founded by Hussain to represent ethnic “Muhajirs” who migrated from India during the Partition of 1947, has held sway over Pakistan’s economic hub since the 1990s, though critics accuse it of using extortion and murder to cement its grip on power. According to the BBC report, MQM members had been given training in “explosives, weapons and sabotage” by New Delhi.

Political observers believe the party, which was close to the country’s powerful military establishment during the 1999-2008 rule of military strongman Pervez Musharraf, has since fallen out of favor. The report follows claims made in April by a senior Karachi police officer that two MQM members went to India via Thailand to be trained by Indian intelligence. As well as the money-laundering case, British police are also probing the murder of MQM politician Imran Farooq in London in 2010.